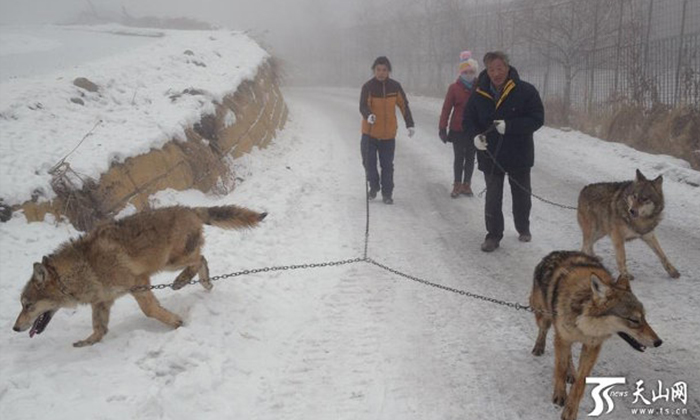 Having pets can be costly, but this 71-year-old Xinjiang businessman, surnamed Yang, takes it to another level.

Despite protests from his family, he has spent around one million yuan (SGD 207,774) on his pack of 150 wolves.

According to the Shanghaiist, his passion began in 1998 when he came across a chained and caged female wolf in a friend's house.

When the cage was opened so Yang could loosen the wolf's chains, the wolf crouched down at his feet like a pet dog.

A few days later, his friend later sent him the wolf and several of her cubs as a gift.

At the moment, Yang has eight different species of wolves under his care, some of which he has reared himself and others, imported from abroad.