Huang Xiaoming dispels rumours of divorce with actress Angelababy: 'I also like baby' 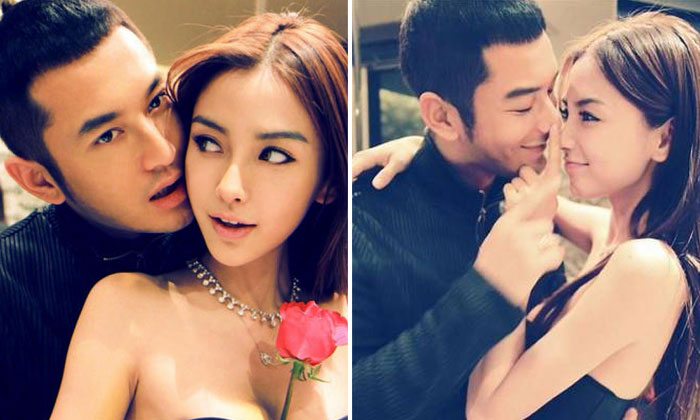 Chinese actress Angelababy and actor Huang Xiaoming have refuted rumours that their four-year marriage is on the rocks.

Talk on this gained traction on Chinese social-media platform Weibo from Tuesday (July 2) and comes hot on the heels of the relationship woes of two other high-profile Asian celebrity couples.

Last week, South Korean celebrity couple Song Joong-ki and Song Hye-kyo revealed to shocked fans that they were filing for divorce, while Chinese stars Fan Bingbing and Li Chen announced that they were breaking off their engagement.

On Tuesday, a Weibo user, quoting insider sources, said that Angelababy, 30, and Huang, 41, may announce their divorce soon.

The couple tied the knot in 2015 and welcomed their first son - whose nickname is Little Sponge - in 2017.

Huang denied his involvement in the case and confirmed he was not being investigated for it, but the controversy hit his image hard.

Other outlets also noted that the couple left in separate cars after attending an event in Shanghai last month.

As rumours swirled, Angelababy's management company refuted the online chatter, saying that it was "impossible" and "definitely fake", according to Sina Weibo.

In a surprise move on Wednesday, Huang replied to a fan directly on Weibo to put a stop to the rumours himself.

The Weibo user had tagged Huang and said: "I like you and baby!"

In response, Huang said: "Thank you. I also like baby."

This is not the first time the couple has been plagued by divorce rumours.

In January, Angelababy had to publicly dismiss rumours that they had called it quits, after some reports claimed she was cheating on her husband with her My True Friend co-star Deng Lun.