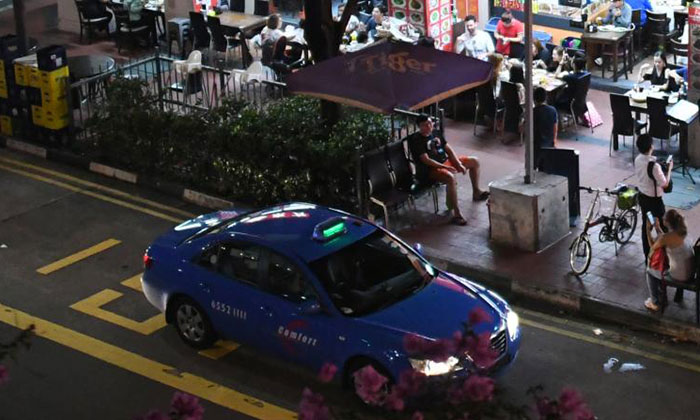 At least two restaurants in Chinatown have been secretly selling alcohol even after midnight by pouring it into plastic cups and teapots to disguise it as other beverages.

A reader tipped off Shin Min Daily News that there were a few restaurants along Chinatown who did not have permits to sell alcohol after midnight but continued to do so anyway.

Ms Yan, 44, said that she had come across a friend who posted online about buying alcohol in a teapot while having supper in a restaurant.

“I feel that the restaurant did not have any regard for the regulations, and I was worried that it would disrupt the peace in the area.”

To investigate the matter, Shin Min Daily news reporters disguised themselves as customers and visited one of the establishments in the night.

A stall assistant told them that they were not allowed to sell alcohol as ur was ‘too late’, but after persistent asking for it a few more times, the reporters managed to purchase beer.

The assistant revealed that they would pour beer into red plastic cups to avoid detection.

After that, reporters visited another restaurant, and similarly, asked for alcohol.

A waitress told them that the restaurant does not sell alcoholic beverages after midnight.

However, upon the reporters’ insistence, the waitress said she could pour beer into a pot to disguise it as tea.

To clarify the matter, reporters visited the two restaurants on Tuesday morning (Jan 2).

A lady boss from one of the establishments revealed that they do not normally sell alcoholic beverages after midnight, but will occasionally overlook the regulations depending on the situation.

Most of the time, the alcohol is sold to regular customers, she revealed, adding:

“Competition among the Chinese restaurants here is quite stiff, and there are at least four on this street alone.

“Business has not been brisk, so we have to do that.”

Related Stories
Man killed after getting struck by 2 trains at Fajar LRT Station was drunk and fell onto tracks
Teenager in China dies after downing 6 cocktails in 3 minutes
Teenage girl sent to hospital after drinking too much alcohol at Blk 512A Yishun
More About:
Chinatown
alcohol
sale
regulation