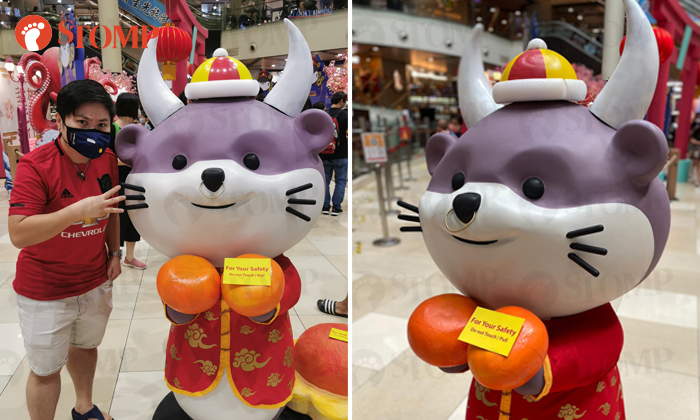 Is this Chinese New Year mascot greeting shoppers at Chinatown Point having an identity crisis?

With horns and a nose ring, the mascot appears to complement the Year of the Ox.

However, take a closer look and you will notice its whiskers and rounded ears.

This has led to accusations that the mascot is a rat "recycled" from last year and being made to look like a cow to suit 2021's Lunar New Year.

Stompers JK and Joey were among those who thought so, after coming across the eye-catching mascot at the mall on Saturday (Jan 16).

JK said: "Oh no! Why is the rat trying to pass off as an ox? Is it trying to have another go this year!?!

"Jokes aside, if this is indeed an 'upcycling' of Chinese New Year decorations, it is actually very creative, cost-saving and environmentally-friendly.

"I also find it hilarious. We all know that the Rat Year wasn't a good year last year, so I was joking with my friends that the rat wants to continue running the show this year... that's why it came disguised as an ox.

Expressing similar sentiments, Stomper Joey said: "I feel that recycling and reusing of decorations are fine. However, the modification should be done in a more professional way as the rat/cow/creature now looks misleading." 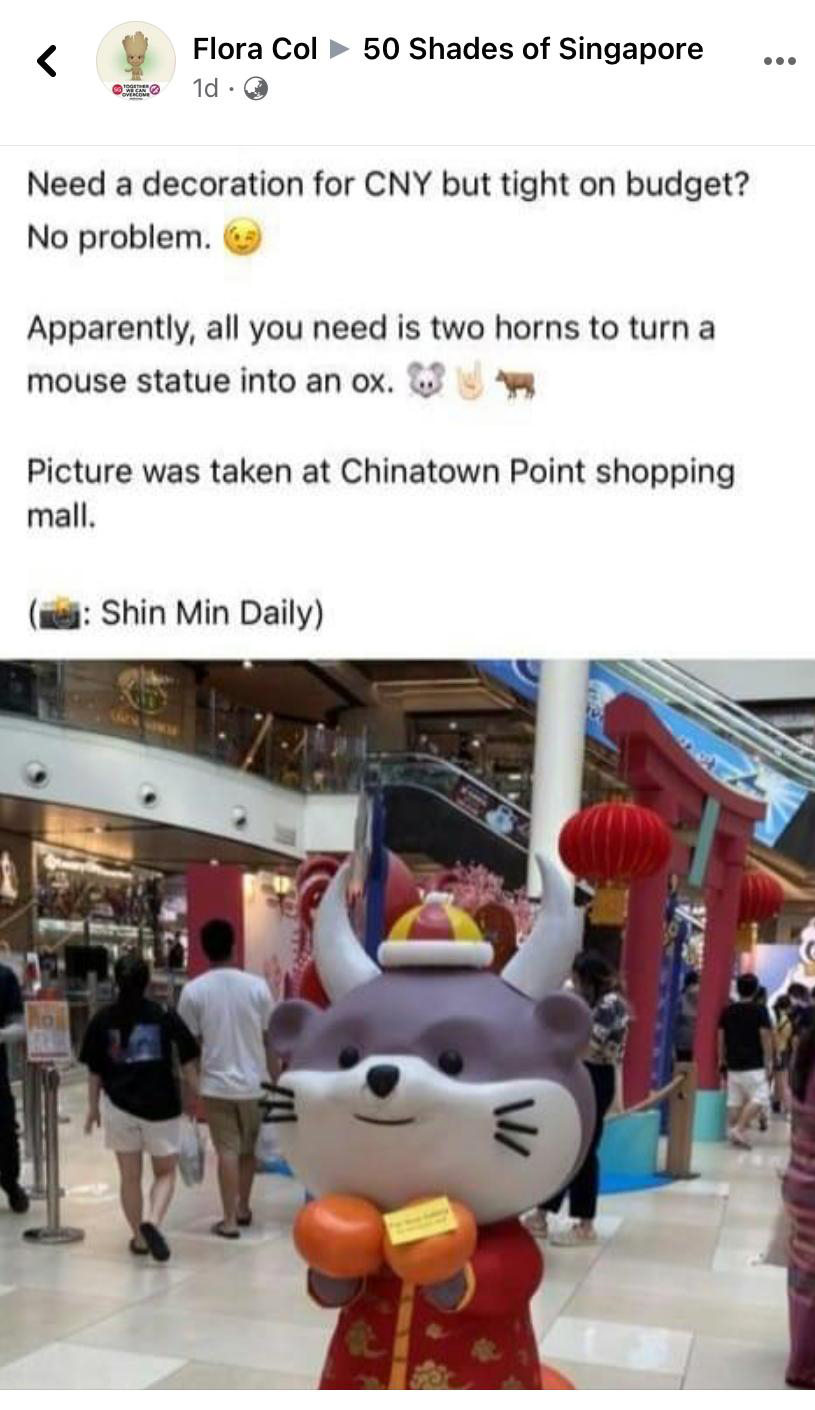 However, Chinatown Point has since clarified that the mascot is actually an otter.

A spokesman told Stomp in response to queries: "We would like to clarify that the mascots placed around the mall are in fact Otters!

"We chose to incorporate Otters as part of our Lunar New Year décor this year to signify a local favourite." 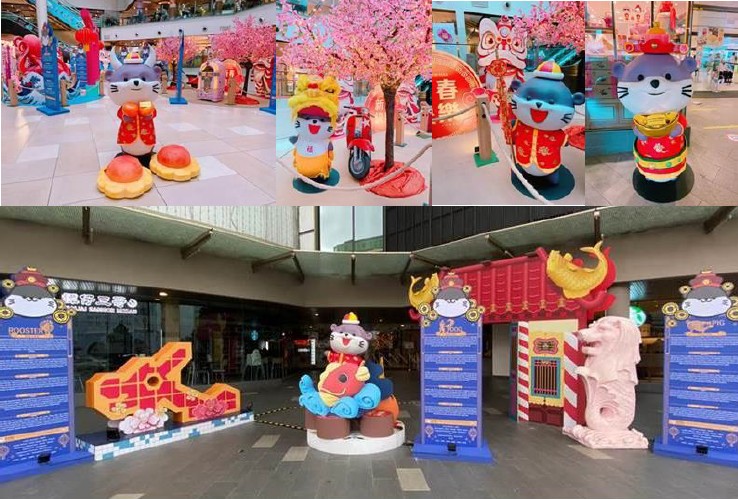 The spokesman added: "As part of our efforts to support recycling, the localised Otter mascots have been made such that they can be adapted for a number of campaigns.

"To tie-in with the Year of the Ox, detachable elements such as horns and caps were added."

More info can be found on Chinatown Point's website.

View more photos in the gallery