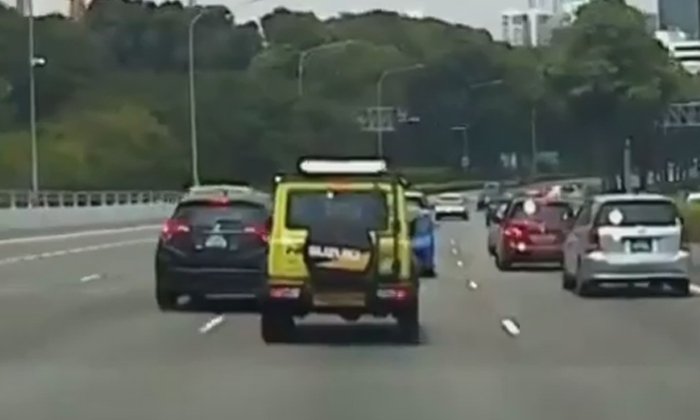 Two drivers were caught on camera trying to one-up each other by engaging in an overtaking game.

SG Road Vigilante posted a video of the incident that occurred on Monday (March 1).

In the video, a Suzuki Jimny and a Honda Vezel can be seen repeatedly trying to overtake each other on an expressway.

Netizens have slammed both drivers for being "childish" and "egotistic".

One said: "Both should be banned for being a nuisance on the roads. Endangering others for their own stupid acts."

Some also wanted enforcement action to be taken and called for the drivers to be "taken off the roads".

However, what caught the attention of netizens was the dramatic music that had been edited into the video.

The music resembled the soundtrack from an epic fantasy movie, which viewers found to be fitting and expressed their love for.

One netizen commented: "Most of theses videos have no heads no tails and not clear what have transpired to such incident. But the music of this video is by far the best."