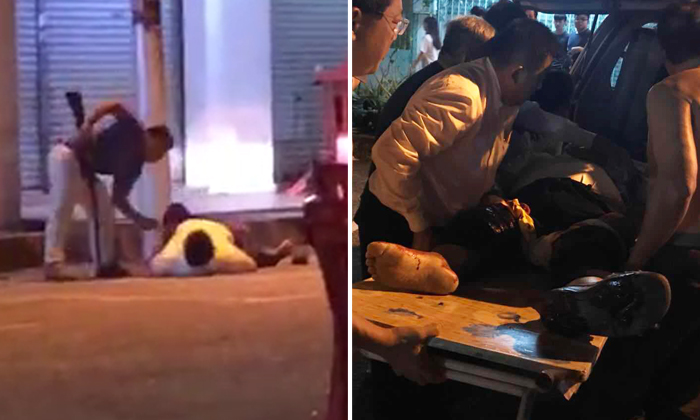 A 66-year-old man died after he was shot three times at point blank range after an argument during a drinking session in Perak, Malaysia, on Friday night (June 1).

The incident occurred at the parking area outside a restaurant in Kampung Koh, Sitiawan, at around 10.50pm.

Ling succumbed to his injuries at Seri Manjung Hospital.

Stomper Tay alerted Stomp to a video of the shooting that has been circulating online. In it, Ling can be seen lying on the ground while his assailant fired at him.

The two men were believed to have gotten into a quarrel while drinking together, though the cause of the dispute is unclear.

Following a public tip-off, police managed to track down the suspect's vehicle at Simpang Dua, Sitiawan.

The double barrel shotgun and a semi-automatic pistol were seized from Chu's vehicle by police.