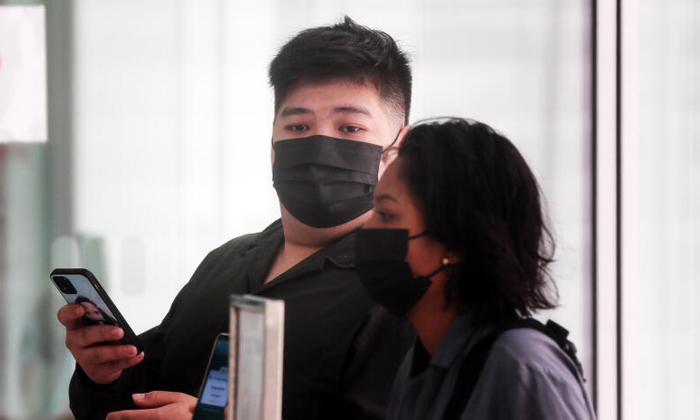 Despite having a medical certificate (MC) for an upper respiratory tract infection, a chef went out more than once during the Covid-19 pandemic.

He went to work, took a train to go home, and also went for a job interview. A few days later, he tested positive for Covid-19.

Sometime in late-March 2020, he developed a fever, cough and runny nose a few days after his wife complained of the same symptoms.

Lau went to a clinic on March 31, and was diagnosed with an upper respiratory tract infection. He had a temperature of 37.7 deg C.

He was given a five-day MC that lasted till April 4, which required him to stay at home. He was reminded by the doctor to do this.

DPP Teong said: "The accused had reason to suspect that he was a case of Covid-19 in the light of his symptoms and the MC issued to him at the clinic."

After leaving the clinic, Lau had lunch at a nearby food centre and returned home.

The next day, he left his home to meet Mr Benjamin Yip Lixian - a colleague from Napoleon Food & Wine Bar - to go to work together.

Mr Yip was aware that Lau had an MC and told him not to go to work, but Lau said he was already on his way.

Lau worked from about 10.30am to 11pm in the kitchen with Mr Yip before taking the train home. The following day, Lau developed a dry cough and lost his sense of taste.

He left his home again on April 3 to have lunch at a food centre. The next day, Lau and Mr Yip, who were both looking for new jobs, went for a job interview at another restaurant.

Lau walked to an MRT station to meet Mr Yip, and the pair took a private-hire car to the restaurant. After their interview with the restaurant manager, they took a taxi to Napoleon Food & Wine Bar.

Despite being on MC and not working, Lau had gone there to have a drink and chat with Mr Yip. Lau told his colleague that he suspected he had Covid-19 since April 2 when he developed the dry cough. Mr Yip advised him to do a swab test as soon as possible.

Mr Yip went to Geylang East Polyclinic for a swab test on April 6 and was notified later that day that he had tested positive for Covid-19. The next day, he was taken by ambulance to the National Centre for Infectious Diseases, where he was warded until April 19.

Before sentencing, District Judge Toh Han Li said that it has been rare for offenders in such cases to eventually have a positive result for Covid-19, and that it was a "pretty aggravating" factor.

Lau, who was present in court on Monday, was represented by lawyer Anil Singh.

In mitigating for his client, Mr Singh highlighted that Lau had worn a mask when he committed the offences despite it not being mandatory to do so at the time.

For each charge under the Infectious Diseases Act, a first-time offender can be jailed for up to six months and fined up to $10,000.