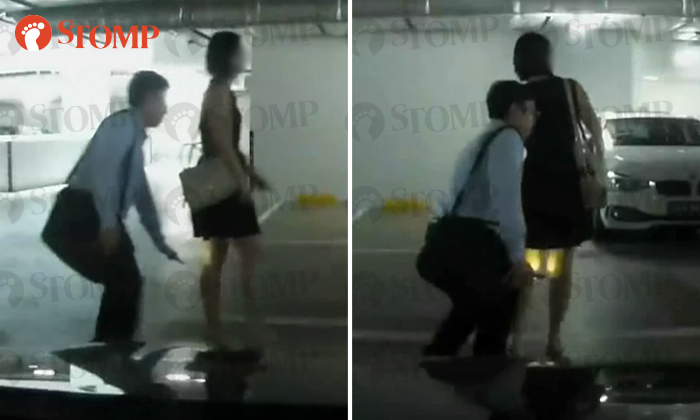 The man is assisting with police investigations.

Police are investigating an incident where a man was purportedly caught taking upskirt shots of a woman in a multi-storey carpark at 18 Tai Seng on Tuesday afternoon (Jan 22).

Stomper Kenneth Tan, who had been visiting clients in the area, witnessed the incident while he was in his car at around 2.52pm.

A video of the incident was also captured on Kenneth's dashboard camera.

Kenneth told Stomp: "I was in my car talking on the phone when a group of three people walked past.

"I thought I saw a man trying to take upskirt pictures of his female companion, but because it happened so quickly, I couldn't be sure.

"It was only when I downloaded my car cam's video files that my suspicions were confirmed."

Footage that Kenneth sent to Stomp shows the man walking behind the woman while slightly bent down and pointing what appears to be a mobile phone underneath her dress.

Light can be seen from the mobile phone.

The man then bends further down and continues holding his handphone under the woman's dress.

Bright yellow light is seen reflected on the woman's legs before the man stands upright again and walks away from her. 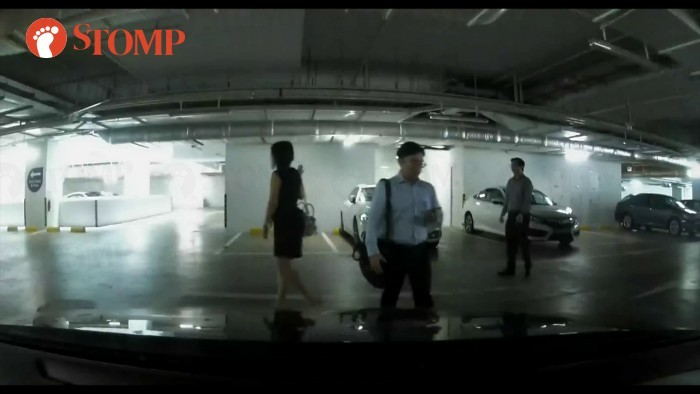 Asked if the other man seemed aware of what was going on, Kenneth said he could not tell as "everything happened very quickly".

The Stomper, who made a police report on the same day, added: "I hope the woman in the video can be informed."