Charging of PMD caused Tampines unit to be engulfed in flames 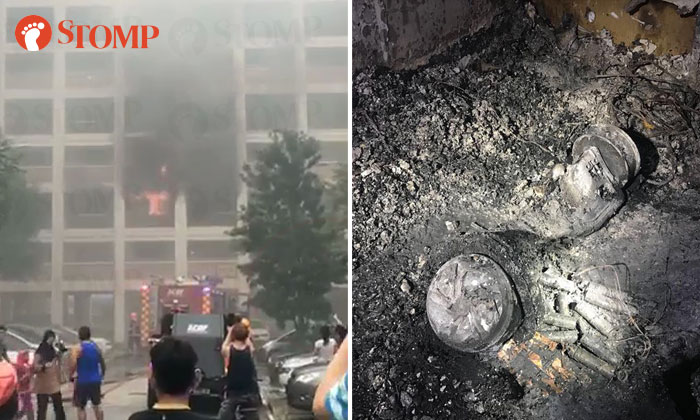 Fiveros and Xiao Pheyy shared videos and photos from the scene of the incident.

Plumes of black smoke were seen coming from the unit as the fire raged on.

Preliminary investigation findings indicate that the cause of the fire is of electrical origin, and had originated from a Personal Mobility Device (PMD) which was being charged, the Singapore Civil Defence Force (SCDF) said in a Facebook post.

The fire had engulfed the living room and three bedrooms on the second level of the maisonette unit.

The occupants of the affected unit and about 40 other residents were evacuated prior to SCDF's arrival.

The SCDF wanted to remind members of the public on the prevention of such fires.

Read the fire safety tips below.