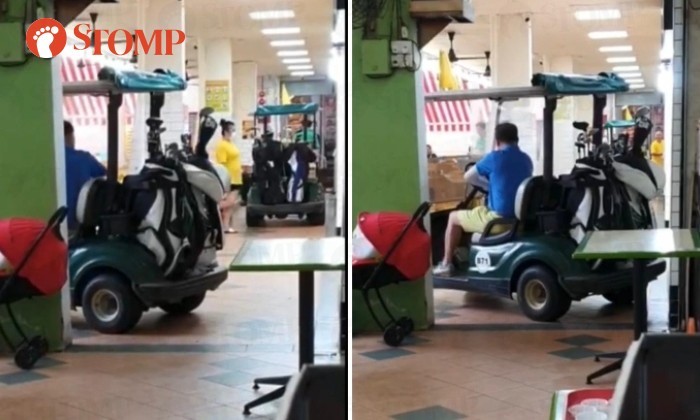 A few Changi Golf Club members were spotted taking golf buggies out for a joyride at a coffee shop near Changi Village Hawker Centre on Nov 2.

Stomper Casey, who is a fellow golfer himself, was not pleased when he saw the circulated video forwarded by his golfing 'kakis'.

In the video, a man can be seen driving a golf buggy and attempting to reverse and maneuver it around the corner.

A second man in another golf buggy then appears in frame and attempts to do the same, but takes a while longer than the former.

Another video of the incident was posted on Legit Singapore's Facebook page, and shows the golf buggies "casually parked" near the coffee shop tables.

The men can be seen parking their buggies, then hopping off to meet their buddies for a meal.

"When my golfing kakis sent me the video, I thought it was such a disgrace to the golfing community," Casey said.

Many netizens echoed Casey's sentiments, and shared their thoughts in the comments.

On the other hand, some netizens found it rather amusing.

A notice put up by Changi Golf Club, which is located at Netheravon Road, stated: "The club has lodged a police report. This matter is now under investigation." 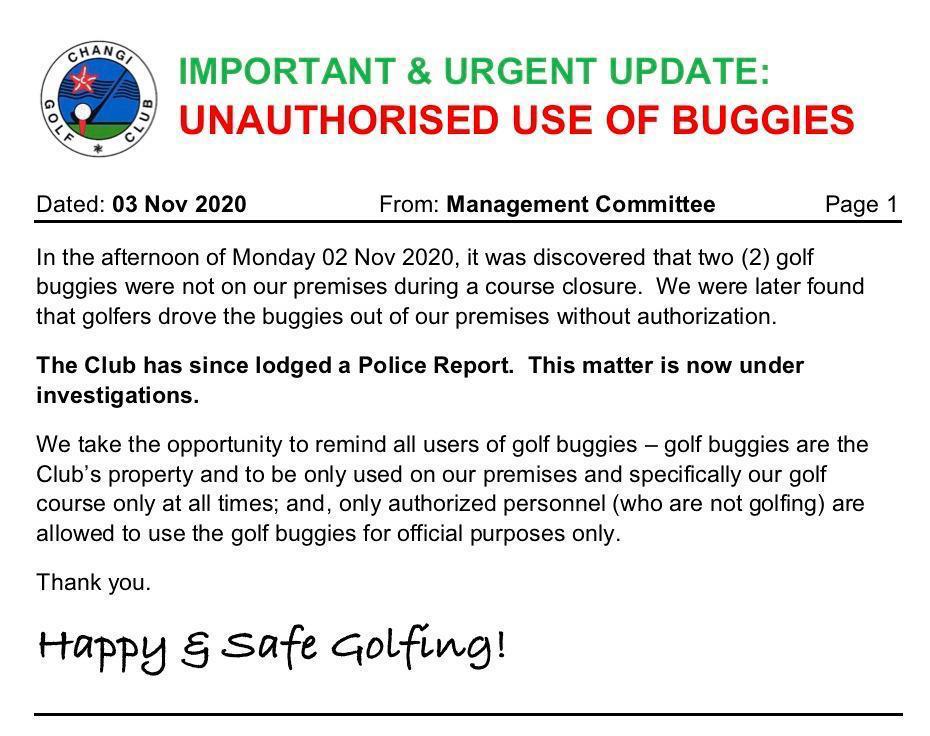 The notice also set out to remind club members that the golf buggies are the club's property and "should only be used on the club's premises".

It added that "only authorised personnel who are not golfing are allowed to use the golf buggies for official purposes".