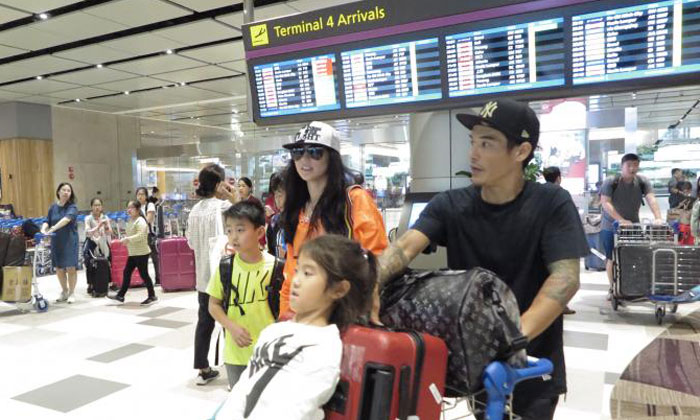 After Hong Kong actress Cecilia Cheung confirmed giving birth to her third son, the rumour mill is buzzing with speculation on the identity of the child's father.

A wealthy 65-year-old Singaporean businessman was among the possible "candidates" but Cheung's studio has shut that down.

Her studio posted on Weibo that a post speculating the child's father is either a 65-year-old Singaporean tycoon or Chinese entertainment magnate Sun Donghai is "fake".

However, it did not divulge who the baby's father actually is.

Prior to her announcement, Cheung was silent on social media for months but has started posting and uploading videos on Weibo again over the past two days.

In the video, she asked her fans to say hi to her if they bumped into her.

Yesterday morning, she posted three photographs, including one of her at Hong Kong airport with a group of people, including her two sons and her younger brother, actor Cheung Ho Lung. Her one-month-old son was not seen in the photograph.