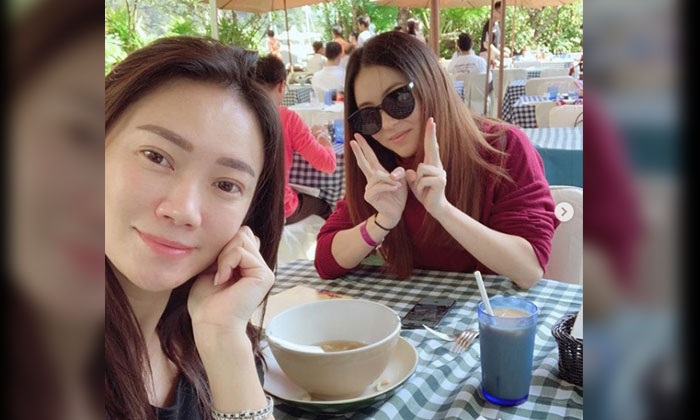 Hong Kong actress Cecilia Cheung has been spotted out and about, just a week after she reportedly gave birth to a baby boy in the city.

The actress appeared on food blogger Bonnie Chu's social media post on Dec 2, in a we-fie of the pair taken outdoors.

In the photo, Cheung is shown wearing a pair of oversized sunglasses and a long-sleeved red sweater. Media reports described Cheung as looking like she'd put on some weight, but appeared none the worse for wear.

When interviewed by Apple Daily Hong Kong, Chu said she bumped into Cheung with her younger son, Quintus, 8, at a yacht club.

Chu said she was not aware that Cheung had just given birth, but said she didn't think so, as new mums would usually be in confinement.

News that Cheung had given birth broke last Thursday (Nov 29), with Hong Kong media reporting that she was discharged from hospital on Nov 30.

While speculation was rife as to whether Cheung's baby was fathered by a 65-year-old Singaporean businessman, other Chinese media reports, however, have pinpointed Hong Kong singer Andy Leung as the possible baby daddy.