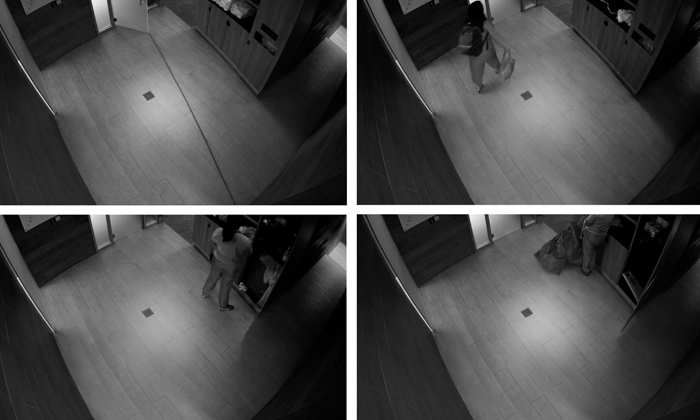 Virgin Active has drawn flak after several gym users said that they were unaware of a closed-circuit television camera (CCTV) in a female communal area that they had thought was not being monitored.

The flames were further stoked when the fitness club operator responded to the controversy in a tone that has been deemed inappropriate.

According to Virgin Active, the CCTV in question is installed in the communal area of the female Relax and Recovery Zone at its Raffles Place branch.

In a Facebook post on March 15, Virgin Active shared screenshots from CCTV footage to show where the camera was pointing at.

Netizens commented by saying that the area is next to the showers and sauna room, and that many consider it to be "part of the changing room".

Others also said that they have seen people in various stages of undress in the area and were upset to discover that it was under surveillance.

Additionally, many took issue with the tone of the Facebook post, which stated: "We certainly would not advise members to do their stretches there.

"Other than our concerns over their safety and hygiene, it sure would be a waste of their membership fees, which gives them unrestricted access to the many workout areas in all our clubs and proper equipment to target those sore muscles.

"But if you did think our staff have ill intentions and do not show the due respect that the female body should have, come have a chat with us! We’re always open to share with you the values that all our staff embody."

A Stomper, who has been a member with Virgin Active for two-and-a-half years, said: "As a member, the CCTV debacle is pretty appalling.

"Their response? Disturbing to say the least.

"Their reply to some of the members who expressed concern is flippant and dismissive as well."

The Stomper, who is male, also felt that some of the remarks regarding body positivity that were made by Virgin Active in the comments have "absolutely nothing to do with the matter".

This was in reference to a user who had commented: "Erm... Why is there a CCTV in the changing room? This is so wrong and I am extremely concerned."

In a now-deleted comment, Virgin Active had replied: "... the CCTV is positioned where our female members can pick up a bathrobe before using our relax and recovery facilities...

"And while we celebrate body positivity just like anyone living in the now times and is morally obligated to stay woke and is part of the me too movement, we trust our members are aware enough to be covered up when moving through the club."

Netizens criticised Virgin Active for its tone, which they felt was sarcastic and insensitive.

One said: "I think you guys need to hire a better PR staff. The one replying here is making it worse."

Another wrote: "Nicely done. Virgin Active hiring clowns to work in their social media department. Unnecessary response from a waste of oxygen."

According to The Straits Times, the first official complaint regarding the CCTV camera was made by a member on Feb 21.

A Virgin Active spokesman said it has since put up temporary signage to inform gym users where the particular CCTV is pointing at, and is waiting for permanent signage to be delivered.

The CCTV has been in place in the same location since the club's opening in October 2013, and the camera was upgraded last year.

The footage is routinely reviewed once a month to ensure the camera is functioning properly. It is also accessed if there are any reported incidents in the club, added the spokesman.

In a subsequent Facebook post on March 18, Virgin Active apologised for the "lack of sensitivity" in its replies, which it said was "unintentional".

"The staff involved have been counselled and will be attending training to be aware of the intrinsic sensitivities our members have," it said in the post.

"We would like to express our regret for the distress this has caused. The CCTV was installed with the safety of our members and staff in mind, and we will be taking into serious consideration the suggestion to reangle the camera more towards the fire escape following this incidence."