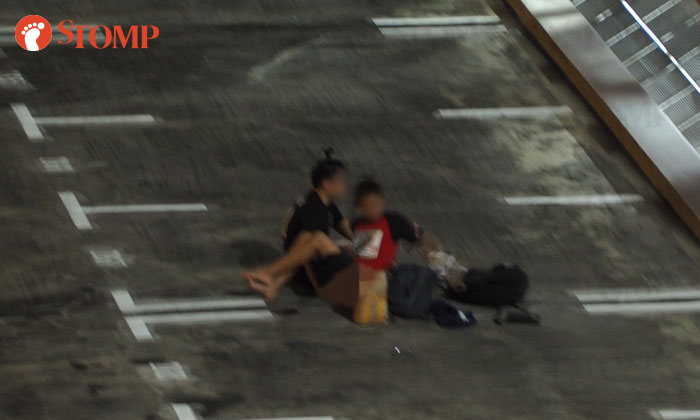 Residents of Choa Chu Kang North 7 were shocked to see a young couple engaging in a sexual act on the roof of a multi-storey carpark yesterday (Jan 30) from 10pm to 11pm.

Stomper HarryTom was one of the residents who noticed the couple acting obscenely in full public view.

The girl had taken off her shorts and her boyfriend had his hand between her legs. 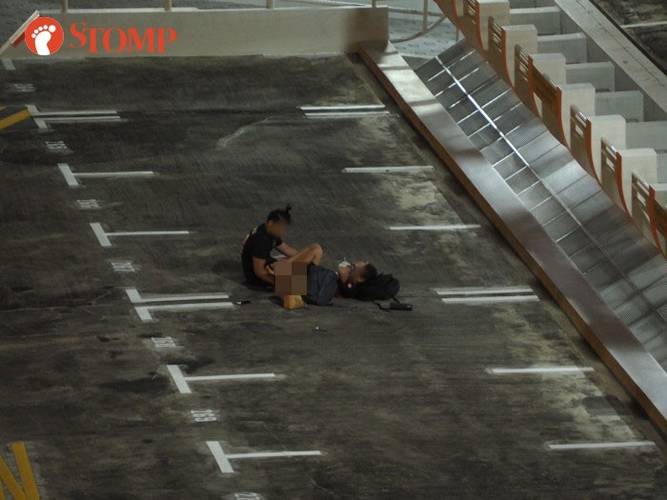 "The carpark has residential blocks on three sides," the Stomper said.

"The couple were right smack in the middle of the carpark giving residents a birds' eye view of what they were doing."

"It's really quite dumb."

He added that the couple looked to be in their teens and finally left when another resident shouted, "Eh!" at them.

The Stomper also told Stomp that sights like this are not uncommon at that multi-storey carpark.

"We see couples going up to roof of the carpark at least once every few months to 'date'," he said.

"Some are quite innocent and just have picnics together but others engage in sex acts too."