Netizens spot "Malaysia's Most Handsome Thief": He stole RM 15,000 worth of iPhone 7s 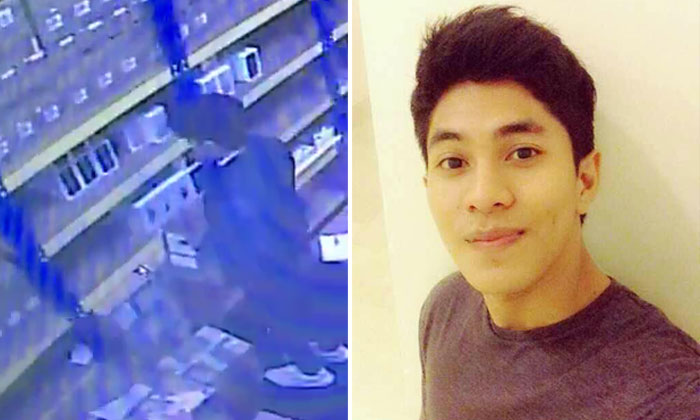 His colleague Faris Fared posted photos of him and his Instagram account as well as CCTV footage from the store room showing him in the act.

Another colleague Mohd Nazreen Shah Adam also posted on Facebook regarding the incident.

In his caption, he implored anyone who sees the post to make it viral.

He also provided his contact details for anyone with information and offered to reward them.

According to Nazbukhari's parents, he had not returned home for a week.

Hakim also shared a photo of a newspaper article of the police searching for Nazbukhari in relation to the stolen iPhones.

However, the man netizens call "Malaysia's Most Handsome Thief" quickly deleted his posts.

"Never judge a man by his face, handsome also can be thief!"

Related Stories
Alleged thieves arrested after stealing iPad from Geylang store and trying to sell it off at another shop few metres away
How trio from China stole $100,225 worth of chips from patrons at RWS and MBS with double-sided tape
S'pore girl apologises for making light of shoplifting in Bangkok: Watch video of them in security office
theft
iphone
handsome guy
facebook