Excuse me, why did you take my car mat? 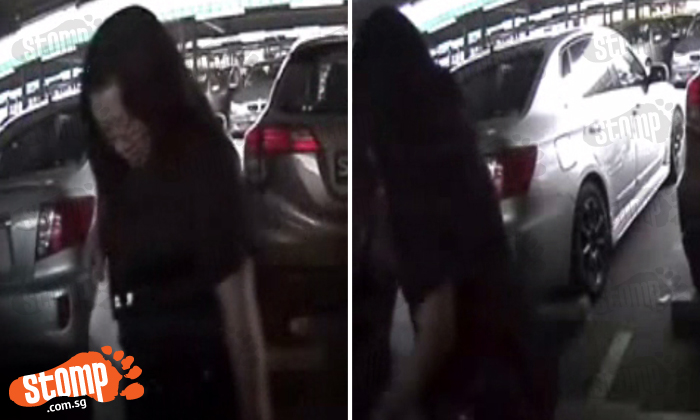 Stomper KT was shocked to find that an auntie had taken his car mat outside Giant Hypermarket in Tampines last Sunday (Dec 25) at 4.31pm.

"I purchased a set of two car mats from Giant Hypermarket.

"I came back to my car and took one of the car mats out to position it at my car's passenger seat.

"Initially, I placed the set of car mats at the back of my car.

"However, when I returned to the rear, I realised that the other car mat had disappeared."

KT then checked his car's rear camera and to his horror, he found out that a certain auntie had taken his car mat while he was at the passenger's seat fixing the other car mat.

"Imagined if I had left the boot open. She could have helped herself to whatever is there," added the Stomper.

In the video below, the auntie is seen walking past KT's car with her friend. She then takes a second look at the car mat before picking it up and walking away.

Related Stories
Women steal items worth over RM2,000 from Johor store -- and look where they stuff their loot
Man allegedly steals $4,500 as accomplice distracts salesgirl by toppling vending machine at Jalan Bukit Merah supermarket
Man finds long scratch on his car at Whampoa carpark -- after not giving parking lot to another driver
stealing
caught in the act
caught on camera
car