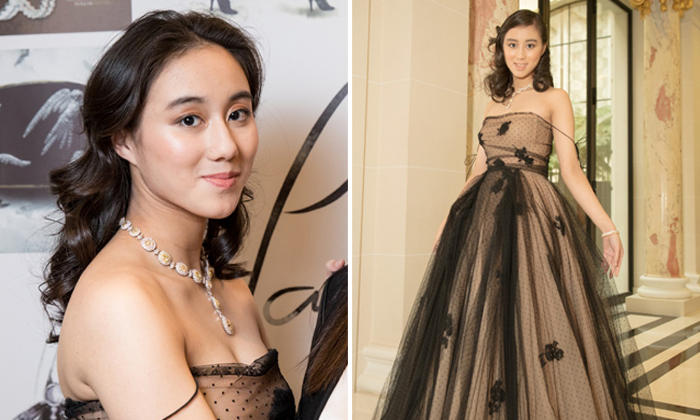 How do the offspring of the rich and famous make their first appearance in society?

Among the fresh faces at the ball held in The Peninsula Paris this year was Alice Ho, daughter of Hong Kong casino tycoon Stanley Ho.

In her bespoke Dior gown, the 18-year-old became the centre of attention at the party.

Ho was the sole Chinese debutante invited to le Bel and was accompanied by her mother Angela Leong.

The youngest of 17 children, she was praised by her doting father as the "prettiest of his children."

And it appears that Ho is a beauty with brains.

Before the party started, Ho showed off her language skills by speaking in Cantonese, French, Mandarin, and Japanese in a livestream video.

She is now studying math and computer science at the prestigious Massachusetts Institute of Technology.

What a way to make an entrance.

Related Stories
Macau's richest billionaire's daughter blows up Internet -- and it has nothing to do with daddy
17-year-old model is newest Asian face at Victoria's Secret 2017 show
A list of China's highest paid female stars: Guess who's Number 1
More About:
Stanley Ho
entertainment
beauty