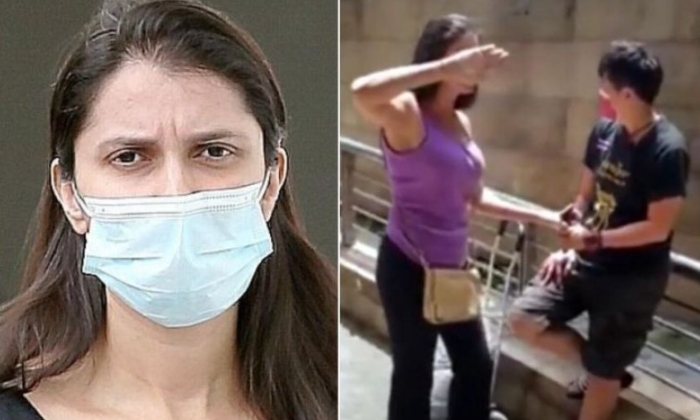 The counsel for a woman who claimed the law did not apply to her when told to wear a mask in public amid the coronavirus outbreak has asked for the case to be adjourned to a later date.

On Tuesday (Jan 5), lawyer Anil Singh Sandhu told District Judge Adam Nakhoda that he will be expediting the matter and added that he has arranged to meet his 41-year-old client, Paramjeet Kaur, on Friday to obtain her position on the matter.

Her case has been adjourned to Jan 26.

The Singaporean woman made headlines last May after a video clip circulated online in which she claimed to be a "sovereign" during a heated argument when confronted by passers-by at Shunfu Mart near Upper Thomson Road.

She was arrested on May 4 last year and appeared in court for the first time the next day.

She was later charged with offences, including failure to wear a mask over her nose and mouth when visiting a food stall in Upper Thomson Road at around 9.20pm on April 30 last year.

Chinese evening paper Lianhe Wanbao had earlier quoted a woman, who identified herself as Kaur's mother, as saying that her daughter was a physiotherapist who lived in Australia for 20 years before returning to Singapore in 2019.

In May last year, Law and Home Affairs Minister K. Shanmugam said in a Facebook post that he had "checked up" what Kaur might have meant by claiming to be "sovereign".

He said then: "There is a movement in the United States, and adherents to that movement, (broadly speaking) reject government, reject the police and any kind of authority... Such people should not live within society - she should not expect any of the benefits that come from this system of governance, including her security, medical care, other benefits."

For failing to wear a mask over the nose and mouth, a first-time offender can be jailed for up to six months and fined up to $10,000.