Cars belong on the road, not on the pavement 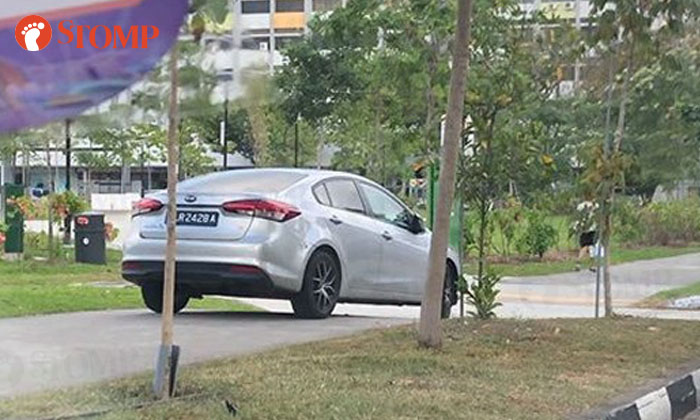 "Cars should be parked in parking lots, not along walkways meant for people," said a Stomper.

The Stomper spotted a silver car parked on a pavement along Upper Paya Lebar Road this morning (Jan 7) at about 9.40am.

She told Stomp: "I was in my car passing by the area when I saw the car there.

"I was shocked to see it just parked there, so I took pictures and sent it to Stomp."

In the pictures she sent, a lone silver car takes up the width of almost an entire pavement, leaving a small space for passers-by to walk by.

A man can be seen walking on the grass instead of the concrete path because the car was obstructing his way.

According to the Land Transport Authority's Illegal Parking annex, first-time offenders that park vehicles along a footpath can face a fine of up to $120 or $150 for light and heavy respectively and be penalised with three demerit points.

Repeat offenders will face fines of up to $180 and $230 for light vehicles and heavy vehicles respectively and a penalty of three demerit points.