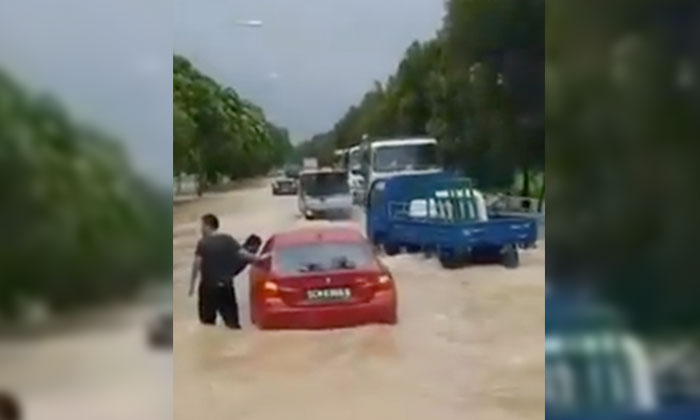 A video of vehicles deep in murky water at Pasir Ris Farmway has been circulating on Facebook.

In the video shared on Singapore No.1 All in One Sharing / Updates’ s page, the vehicles parked along the road had their tyres nearly submerged in the water.

A driver could be heard commenting how bad the situation was.

Meanwhile, a red car was stranded in the middle of the road, with a man and woman alighted from it.

The video was taken on Friday (Dec 15) when flash flooding had occurred in some parts of Singapore as a result of heavy rainfall, reports The Straits Times.

The national water agency PUB repeated a warning issued n the National Environment Agency (NEA) of heavy rain being expected over northern, eastern and central Singapore from 3.45pm to 4.45pm.