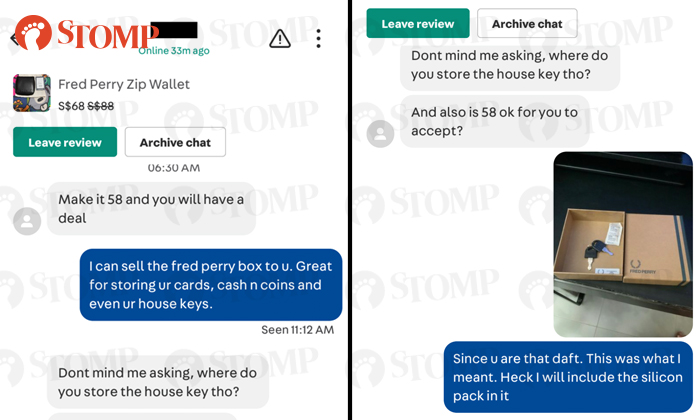 Dealing with lowballers can be an incredibly frustrating experience, as any Carousell user can attest to.

Stomper Gg had listed a Fred Perry wallet for sale on the online marketplace at the price of $88, which he subsequently reduced to $68.

A buyer expressed interest and offered an even lower price of $58 for the wallet, which Gg felt was outrageous.

Gg, who shared screenshots of his May 29 conversation with the buyer, said: "The wallet is near pristine and comes with the box. It retails for close to $100 in Tangs.

"I decided to play along and offered him $58 for the Fred Perry box instead. I told him it could store everything from his cards to cash and coins, and even his household keys etc." 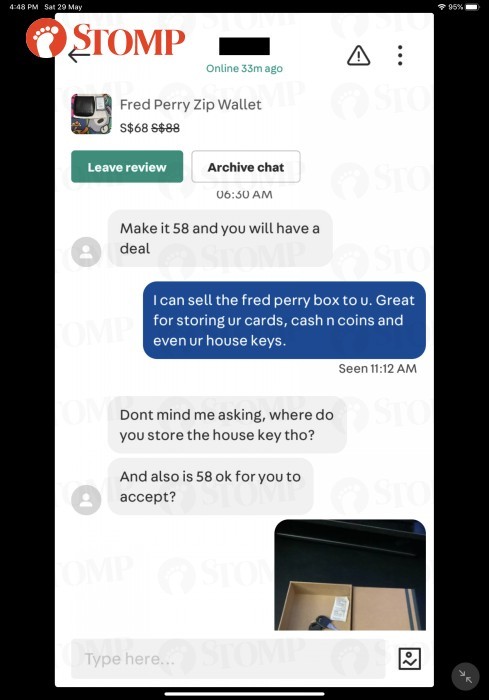 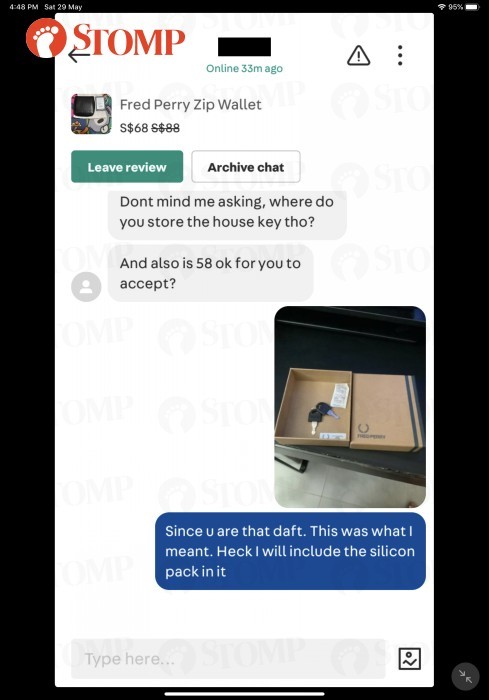 Unfortunately, the buyer did not get what Gg was playing at and even asked "where do you store the house key".

The Stomper said: "He remained confused and asked if $58 was acceptable.

"I decided to take a picture of the Fred Perry box with keys and even threw in a pack of silicone free for the buyer.

"Lowballers deserved to be played."

Can you relate to this?

Related Stories
Carousell user curses woman and tells her to go Geylang after she says 'all no no no' to him
Carousell user tricked by scammer into giving up game account that he was selling for $100
Carousell apologises for 'incorrect' response to report about verbally abusive user
More About:
text
funny
Carousell