Carousell user says dress has "no defect" -- but buyer gets it with stains, torn seams and odour 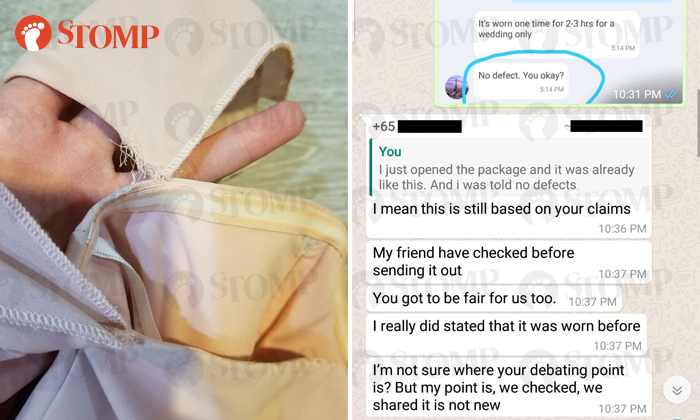 As convenient as online shopping might be, it also comes with its own set of risks such as the item falling short of your expectations.

Stomper Mel went ahead with purchasing a Love, Bonito dress for $22 on Carousell after being told that it had "no defects".

She told Stomp: "The seller listed the item as new and I was told that it had only been worn once for two to three hours for a wedding with no defects, which I confirmed with her before making payment."

(Photo marked out by the Stomper)

However, Mel found that this was far from the case upon receiving the item.

Photos she sent to Stomp show how the dress "came with torn seams and yellowish stains that had a mouldy smell".

She also said: "The condition of the dress totally did not look like it had only been used lightly for two to three hours". 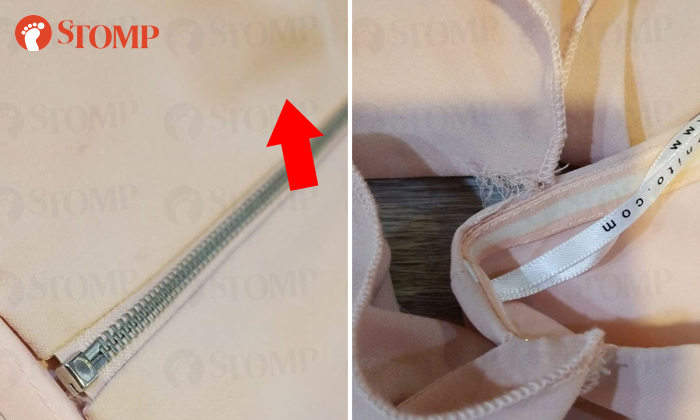 Mel described what happened after she informed the other party about the issue: "The seller claimed that she was selling the dress on behalf of her friend and that her friend had checked before mailing it to me.

"She said there would be no refunds even after I showed her all the defects upon receiving it. Instead, she blamed me for not asking for real-life pictures after she confirmed that there were no defects."

Screenshots that Mel shared with Stomp show how the Carousell user repeatedly insisted that the dress had been checked before being mailed out.

The Carousell user also said she could have simply ignored Mel's messages but instead, 'bothered to clarify' the matter.

Mel added: "The seller even thanked me for giving her negative feedback." 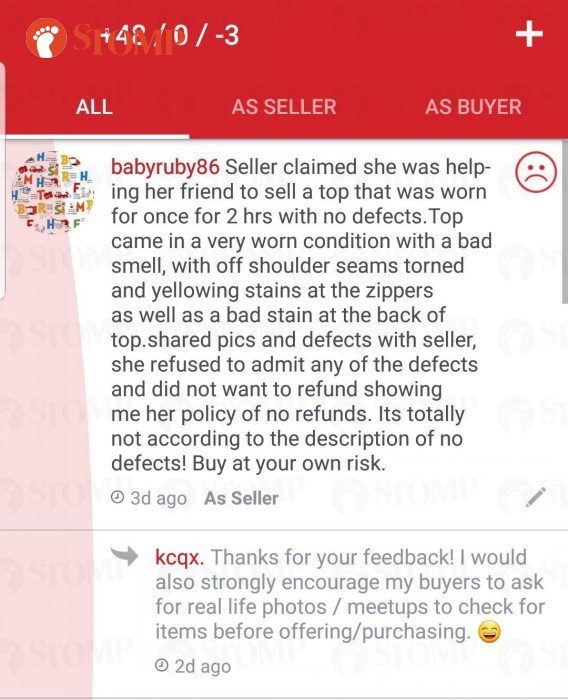 "This is a lesson well learnt!" said the Stomper.

"As much as we like hassle-free deals, we must be wary of such sellers. I am sharing this in hopes of preventing other people from getting into the same situation as me."

View the full conversation in the gallery.