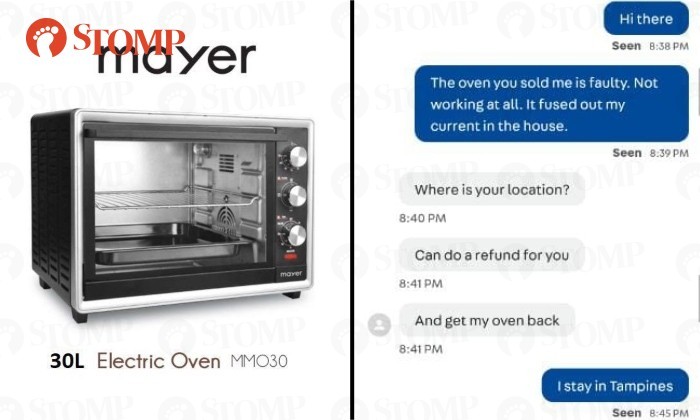 A Carousell seller wants a buyer to delete a three-star review the buyer gave the seller before refunding the buyer for a faulty oven.

But the platform does not allow users to delete a review after it is published.

Stomper Anonymous said of the seller: "She says her reviews are more important than anything else and she is reluctant to do the refund of the faulty product."

A Stomper had offered $12 for the used two-year-old Mayer 30-litre electric oven and the seller accepted it even though it was listed at $15. Mayer lists the retail price of the oven as $118 on its website.

In the screenshots of their chat on Carousell, the seller said that she was selling the oven because she was moving house and claimed that the oven was working. 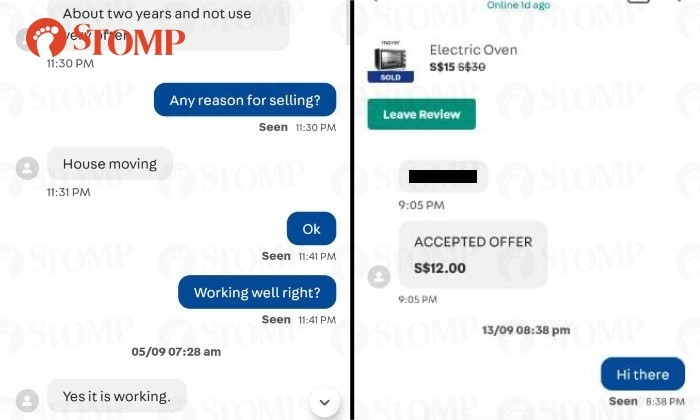 On Sept 13, the Stomper messaged the seller on Carousell: "The oven you sold me is faulty. Not working at all. It fused out my current in the house." 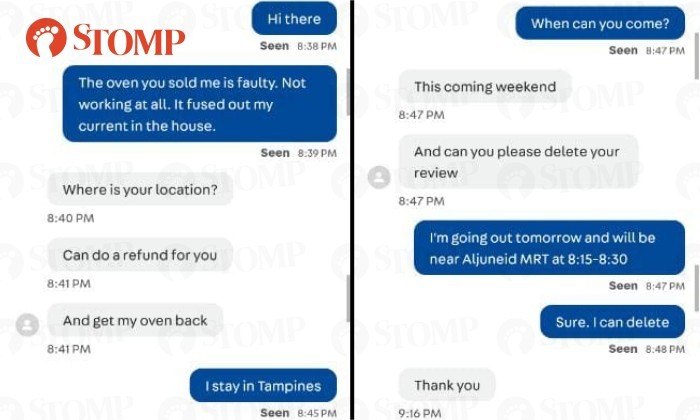 The problem was that the Stomper was unable to delete the review because Carousell does not allow it.

The seller said that if the oven was faulty, the Stomper should not have left a review in the first place. "If it's faulty, you can message me and I will do the refund for you. Immediately. It's common sense." 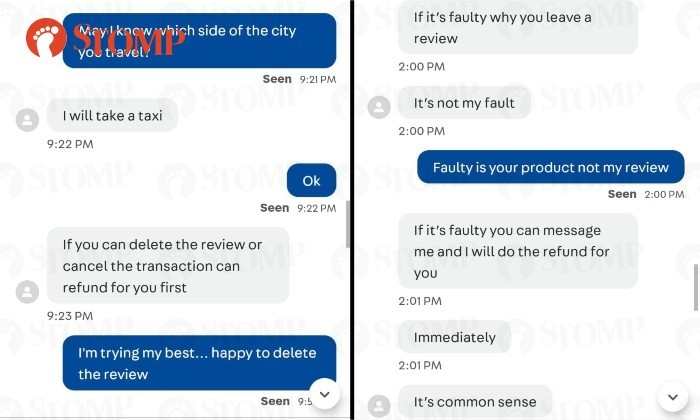 As the Stomper tried to arrange for the seller to pick up the oven, the seller said: "Sorry, you have to solve the review issue before I collect it."

The Stomper said: "It's a mere review on Carousell, not a big deal."

The seller replied that it was not "a mere review" for her, adding: "It doesn't matter I collect it or not, but still need you to ask Carousell to delete it." 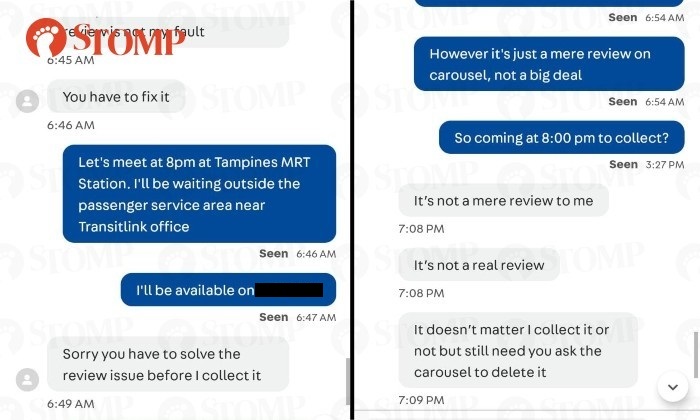 To prove to the seller that the review could not be deleted, the Stomper said: "I'll give my log-in credentials to you, if possible then you delete."

The seller replied: "It's not possible." 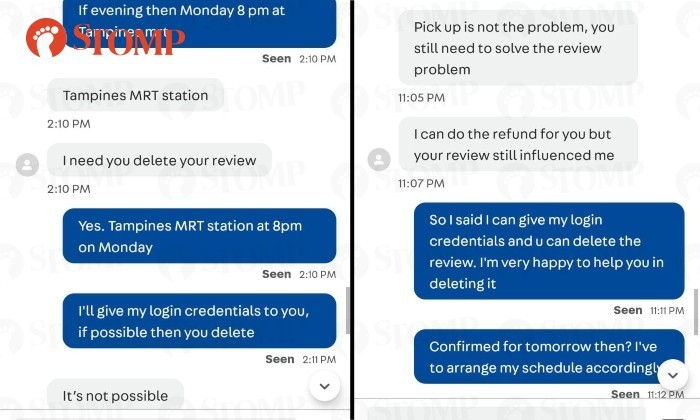 The Stomper told the seller: "If you want, you can ask Carousell to do it. I hope I've been making it clear every time but not sure why aren't you able to understand."

The seller replied: "If they said not possible to delete on your side, then why you let me do it? I asked and they said I cannot ask for you." 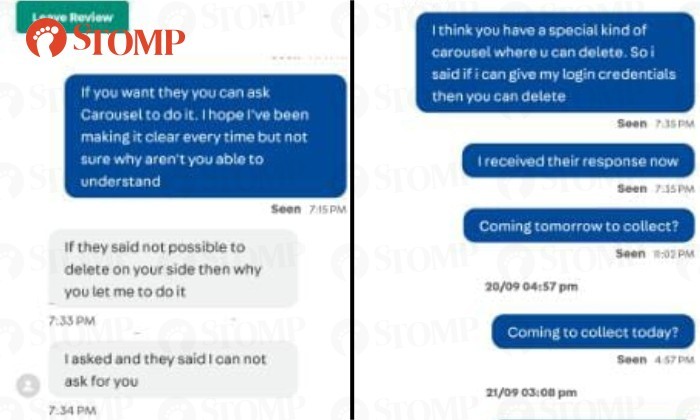 Which led to the impasse. 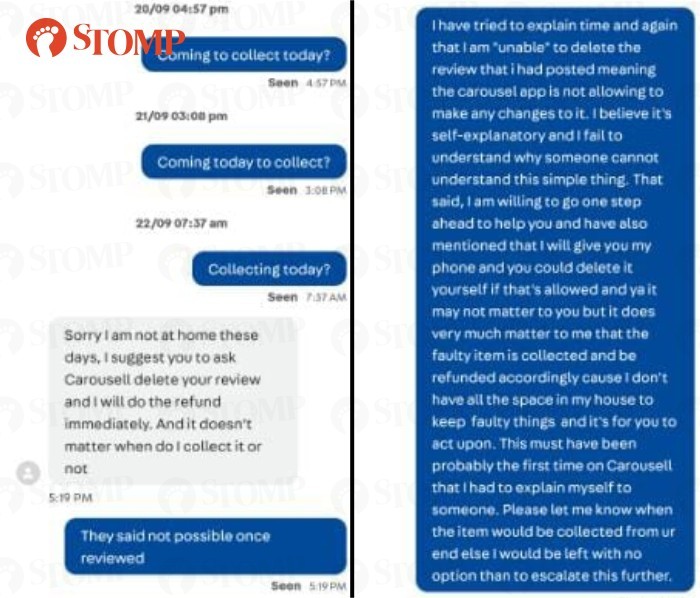 The seller would only refund the Stomper and collect the oven if the Stomper deletes the review, but Carousell does not allow the review to be deleted. 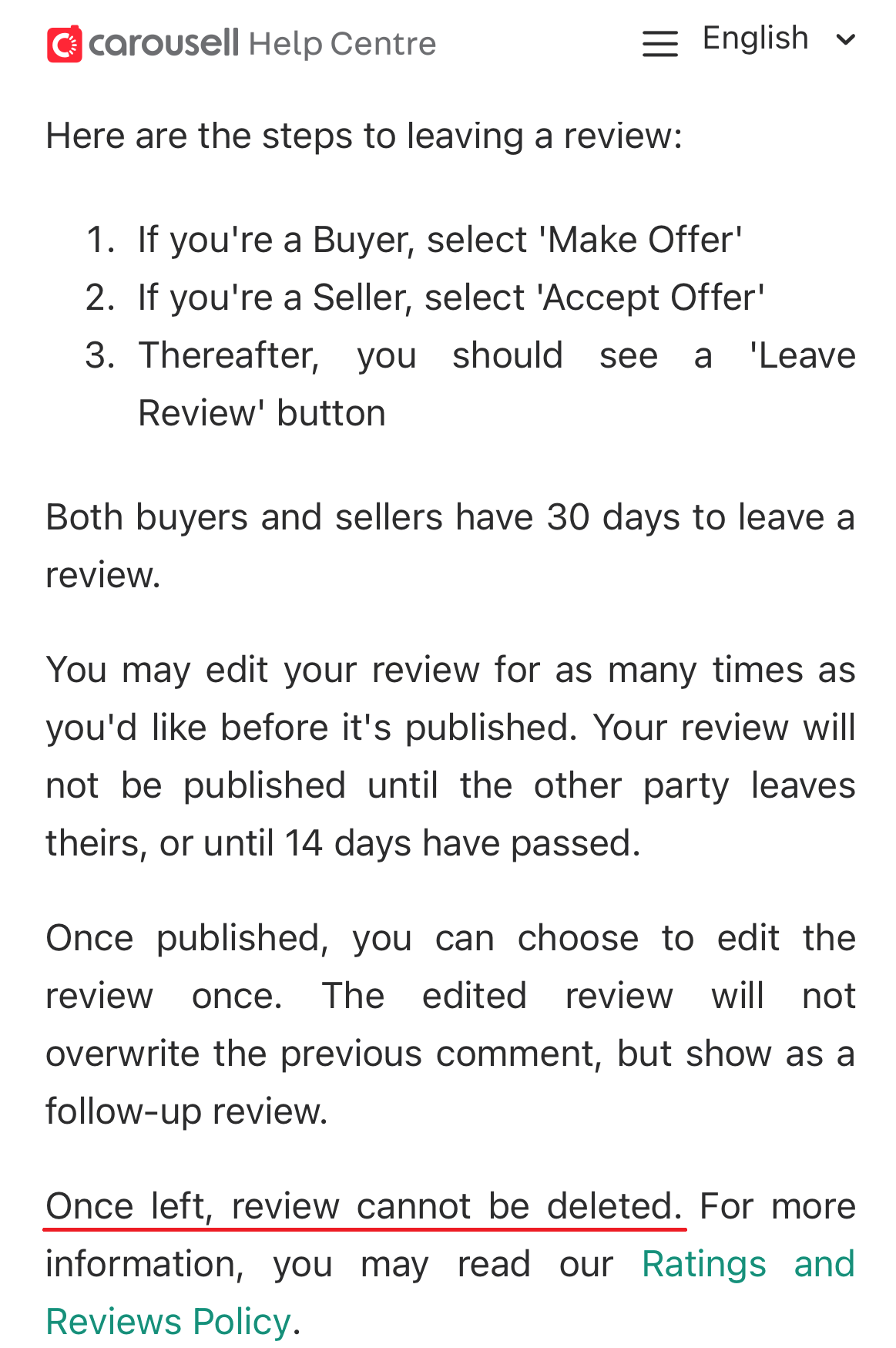 The irony is that the Stomper actually gave the seller a positive review: "Good and easy deal."

The problem is that the Stomper also gave the seller three out of five stars. All the previous 11 reviews for the seller were five stars.

So because of the Stomper's three-star review, the seller's star average fell from a perfect five to 4.8.