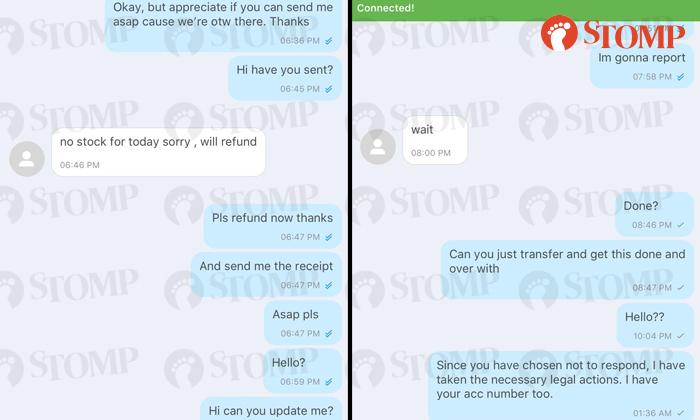 A Carousell user who listed Universal Studios Singapore (USS) tickets for sale told Stomper Fadee that she had run out of stock after he paid her $45, and subsequently stopped replying to his messages.

Fadee had been looking to purchase two tickets to Halloween Horror Nights 8 on Carousell on Sunday evening (Oct 14) when he came across the listing, where non-peak tickets were priced at $45 each.

According to the USS website, general admission tickets for non-peak periods cost $58 each.

When Fadee asked if the Carousell user if her tickets were still available, she replied: "Yes". 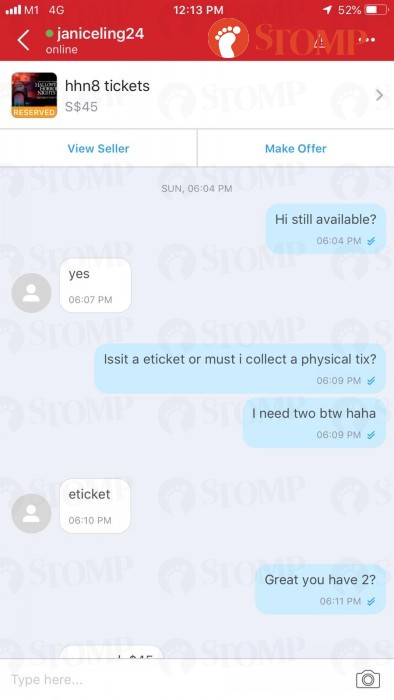 However, she said that she only accepted bank transfers when Fadee wanted to PayNow her, presumably because she did not want to share her personal details. 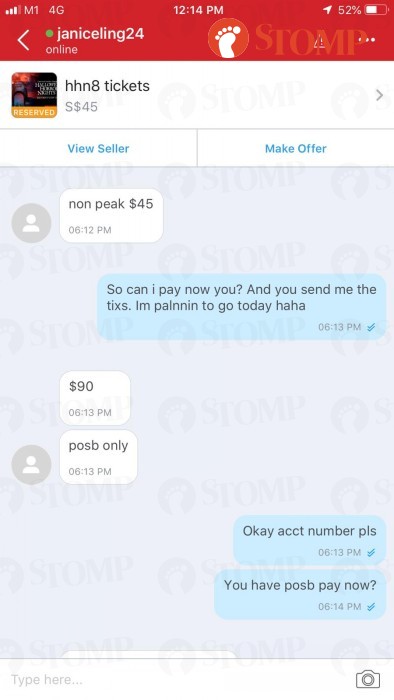 Both parties agreed that Fadee would transfer the seller $45 for one e-ticket first, which she would email to him. He would then pay her the remaining sum for the second ticket.

Following the first payment, the seller told Fadee to "wait five minutes" for her email -- which never came. 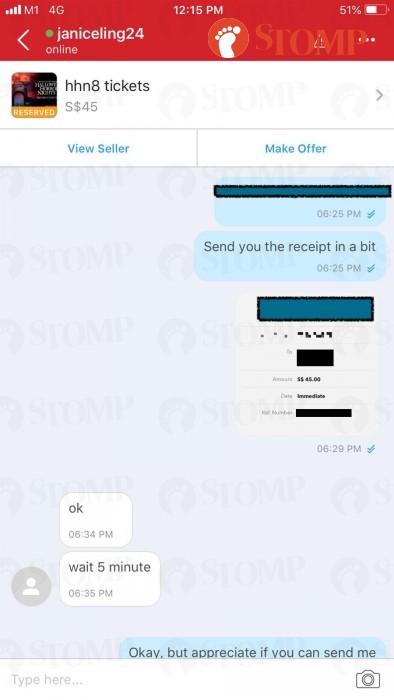 The seller later told Fadee that there was "no stock for today" and said she would give him a refund -- which also never happened.

Fadee added: "Bear in mind that when I initially asked her, she had said the tickets were available. I sensed that something was off as she was taking very long to reply after I had transferred the money.

"So I immediately asked her to refund my money, but she repeatedly ignored my messages despite being online."

When pressed for an update, the seller gave one-word answers and subsequently stopped replying to Fadee altogether.

The Stomper said: "I have reported this issue to Carousell, but they have not gotten back to me. The seller has also blocked me on Carousell's chat, after I asked for a refund again."

Fadee made a police report on Monday (Oct 15).

"Please buy the tickets from the main outlet or trusted sellers."

Read the full Carousell conversation in the gallery.