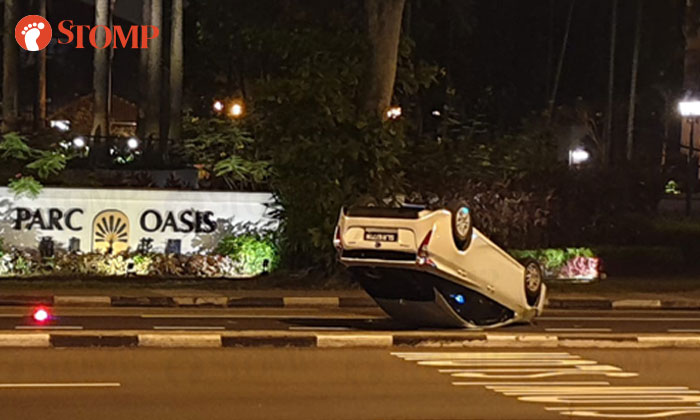 A car overturned along Jurong East Avenue 1 towards Jurong West Avenue 1 in the early hours of the morning on Saturday (Nov 2).

Stomper Ridhwan alerted Stomp to the accident and shared photos and a video he took at the scene.

"The accident happened at about 3am and a tow truck arrived at about 5am," he said.

In Ridhwan's video, a tow truck is seen pulling the vehicle back upright.

A tow truck driver then reverses the car into position. As he does so, billows of smoke are seen coming from the car's exhaust pipe.

In response to a Stomp query, the police said they were alerted to the accident at about 3.02am.

No injuries were reported, a police spokesman said.