Stomper steps up to help after accident involving car, taxi and bus in Yishun 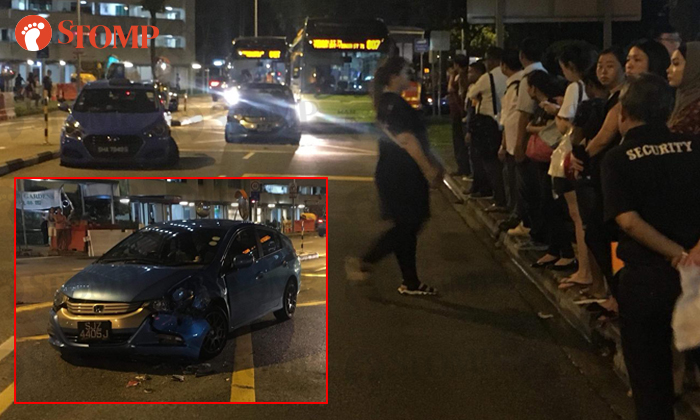 A car, a taxi and a bus were involved in an accident along Yishun Ring Road, opposite Block 798, on Monday evening (Nov 12), at around 9pm.

Stomper Anonymous, who shared photos and a video taken at the accident site, said he helped by acting as a translator due to language barriers among those at the scene.

He said: "The drivers involved, passers-by who were helping out, and the Traffic Police were of different races, so I stepped up to help as a translator.

"We wanted to help to shift the driver's car in order to allow the buses to continue on their journey, and helped with traffic control as well." 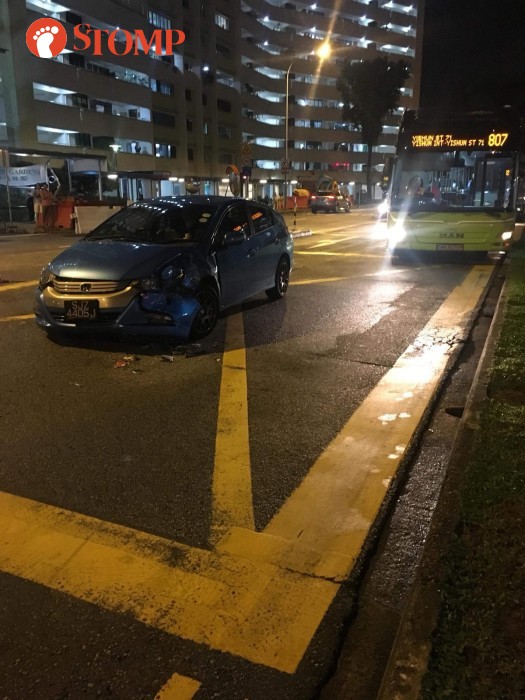 Kohji told Stomp: "There was a huge jam.

"The hero who saved his neighbour in Yishun in an earlier Stomp article was directing traffic."