Car sent flying in the air, woman taken to hospital after 4-car accident in Bukit Timah 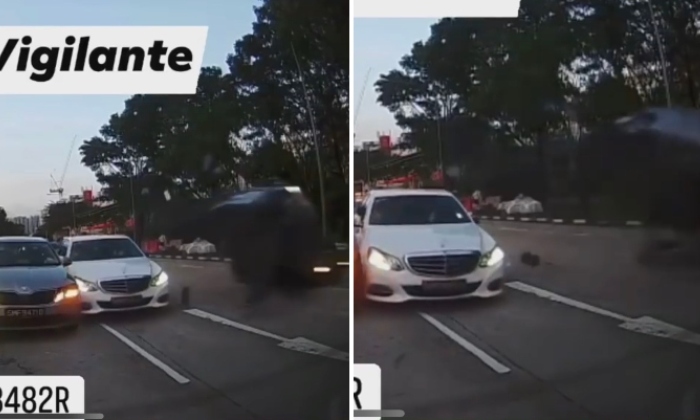 An accident along Upper Bukit Timah Road led to a car getting flung in the air and left a female driver in hospital.

The accident, which happened on Friday (Nov 6), was captured by an in-car camera and the footage was posted on SG Road Vigilante's YouTube page.

In the video, a Mercedes-Benz car can be seen changing lanes without signalling.

A black car then approaches from behind, collides with the Mercedes and gets flung in the air.

The Mercedes knocks into another car on its right as a result of the impact.

Stomper Anonymous, who shared the video of the accident, said: "The Mercedes driver should have signalled before changing lanes. He should have also checked the sides for oncoming cars. So dangerous!"

In response to a Stomp query, the police said they were alerted to the accident involving four cars along Upper Bukit Timah Road towards Jalan Anak Bukit at 6.49pm.