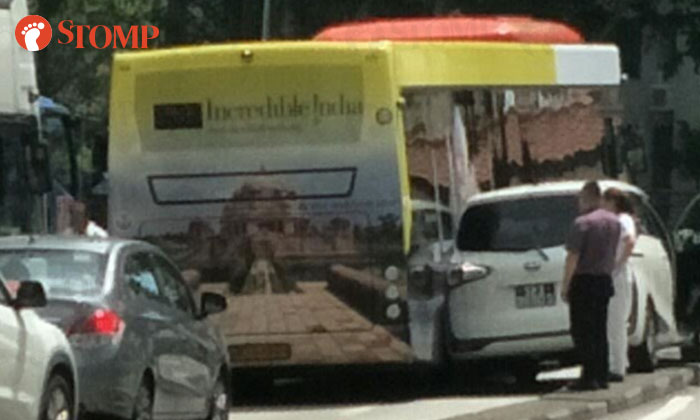 Stomper Daniel was heading to Yuhua Market at Block 347, Jurong East Avenue 1 on Thursday (Jan 18), at 12.18pm, when he witnessed an accident involving a car and a bus at a traffic junction opposite the block.

According to Daniel, there was a large truck parked in the left lane of the road,  a section of the road was cordoned off.

The bus driver who was in the same lane then attempted to filter into the right lane, failing to notice that the car was there.

The left side of the bus collided with the right sight of the car, causing two of its wheels to mount the road divider.

“The driver of the car looked like a nurse an seemed to be in a rush.

“However she didn’t seem injured, but her car looked damaged.”

Stomp has contacted the authorities for an official statement on the accident.