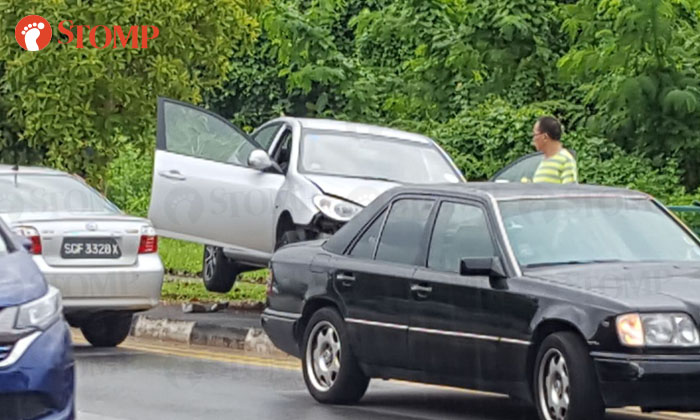 A car mounted the pavement along Yishun Avenue 1, towards Seletar West Link, on May 26 at around 4pm.

Stomper Ah Boy said that the car went onto the kerb and crashed into a signboard.

In photos shared by Ah Boy, a car with its bonnet smashed is seen on the pavement, while a road sign was crushed beneath it.

Ah Boy said: "Everyone slowed down to 'kaypoh', and just nice the traffic light was red.

"There was a small jam so I took pictures,

"The traffic police were there as well, but I think nobody was injured."

In response to a Stomp query, a police spokesman said that it was alerted to the accident involving two cars at 4.08pm.

"There were no injuries reported," said the spokesman.