Car mangled in accident after skidding at Changi Boulevard, driver taken to hospital 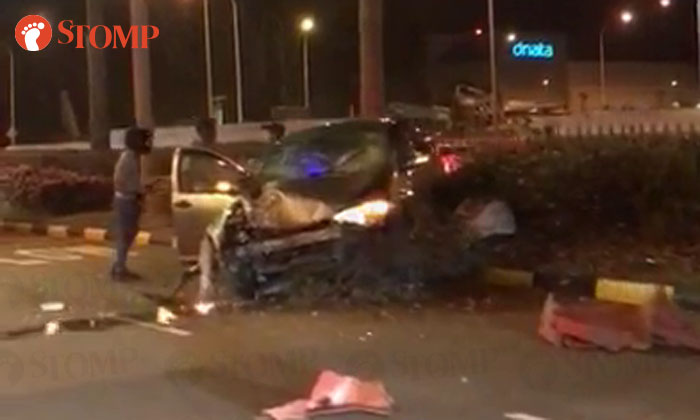 A 61-year-old man was injured after the car he was driving was involved in an accident along Airport Boulevard towards Changi Airport on Wednesday night (May 2).

Stomper NoorWhirlzWindz shared a video of the scene of the accident with Stomp that had been circulating on WhatsApp.

In the video, the front of the car was badly mangled and debris involving parts of a plastic road barrier were seen scattered on the road.

Other motorists were seen coming to the aid of the driver.

Stomp understands that the driver is believed to have self-skidded.

In response to Stomp's media queries, a police spokesman said that they were alerted to the accident at 10.39pm.

"The driver, a 61-year-old man, was conscious when conveyed to Changi General Hospital," he said.