Car in sea after accident with Sentosa ranger: 2 sent to hospital, driver arrested 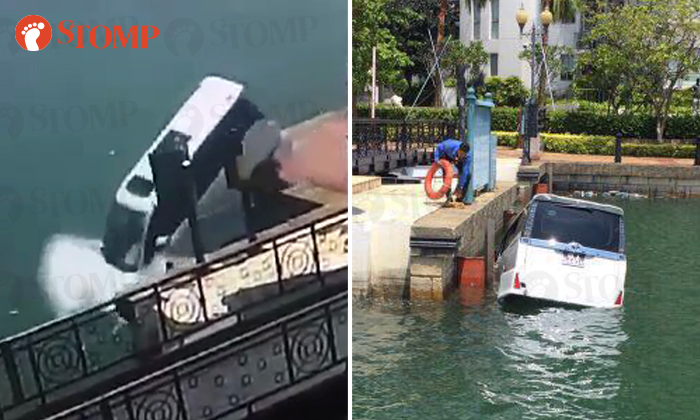 A car ended up in the sea along Ocean Drive in Sentosa after an accident with a ranger today afternoon (Aug 25).

Stompers Dean, Dadie and Alex alerted Stomp to videos of the accident scene, which have been circulating online.

One clip shows the moment the vehicle dived into the water.

The police said in a Facebook post that they were alerted to a traffic accident involving a car and a Sentosa ranger at 2.08pm.

"The car subsequently ended up in the sea," added the police.

It is unclear what led to the vehicle being in the water, however.

The 36-year-old driver was rescued from the car and the ranger, who sustained slight injuries, were both conscious when conveyed to Singapore General Hospital.

The driver was subsequently arrested for a rash act causing hurt and criminal trespass.

Related Stories
How did this Mazda end up above staircase at East Coast Park when the car park is 80m away?
Taxi crashes into Jurong West void deck after cabby slams on accelerator when reversing
48-year-old Vezel driver sent to hospital after crashing into garbage collection site at AMK
More About:
unusual
accident
trapped in odd spot
sentosa
car ends up in water