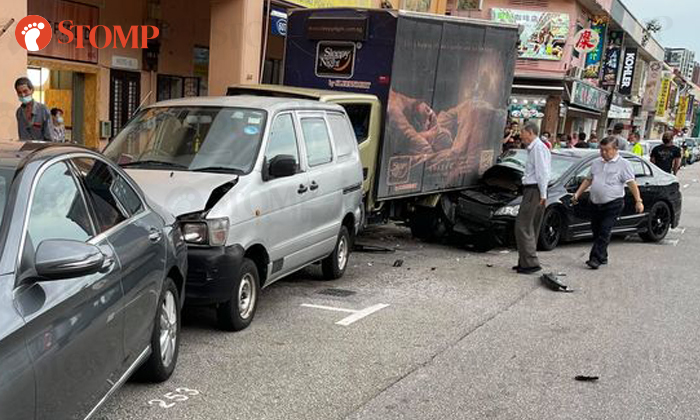 A 32-year-old man was taken to hospital after crashing his car into three stationary vehicles along Geylang Road on Saturday evening (Dec 19).

Stomper Andy witnessed the incident "in front of his eyes" at around 6.12pm and shared photos of the scene, which had drawn a crowd. 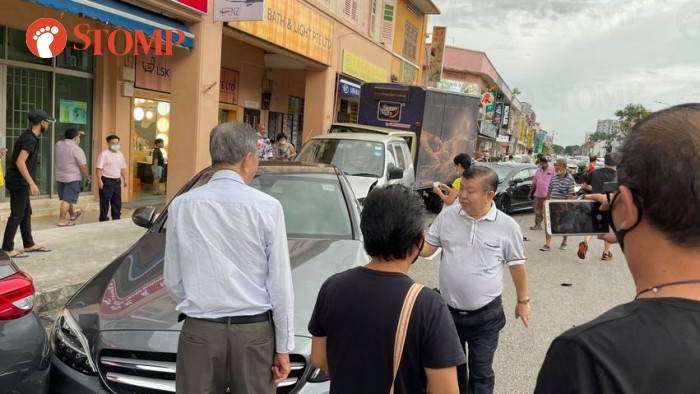 According to Andy, the accident involved a Honda car that crashed into a Mercedes car, a small truck and a van.

He recounted: "I was walking towards Lorong 31 Geylang after parking my vehicle along Geylang Road when I heard a loud bang directly in front of me, just 20 metres away.

"I walked to the scene and saw a male driver in his 30s trapped inside his car. A few passers-by helped him to get out of his car and there was a minor cut on his right arm.

"Fortunately, no one was walking along the street when the accident occurred. You can see how the 10-feet truck had mounted the kerb.

"The Mercedes belonged to an elderly couple who told me, 'You can see that my vehicle is going to leave, my car's front part is already out of the lot, but suddenly banged by behind.'" 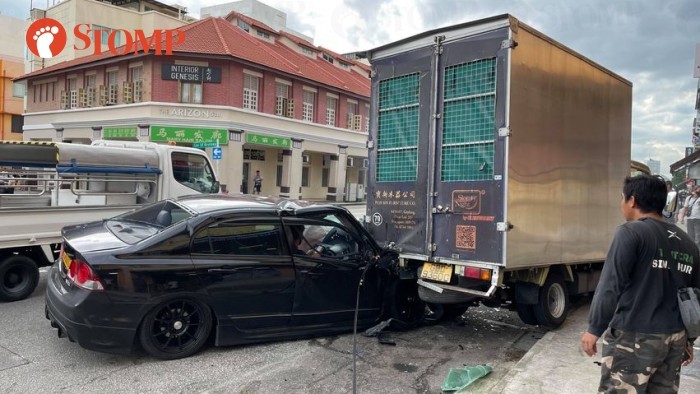 In response to a Stomp query, the police said they were alerted to an accident involving a car and three other stationary vehicles at 6.14pm.

The car driver was conscious when conveyed to Tan Tock Seng Hospital.