Car driver taken to hospital after accident with trailer along PIE 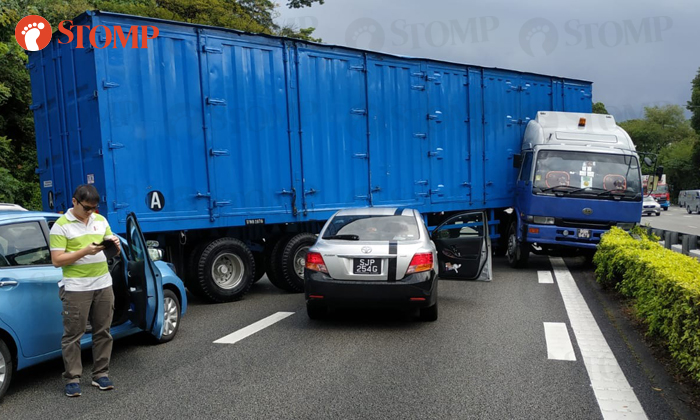 A 49-year-old man was taken to hospital after an accident involving his car and a trailer along the Pan-Island Expressway (PIE) on Tuesday afternoon (Feb 11).

The police were alerted to the accident, which occurred in the direction of Changi, at 2.50pm.

The car driver was conscious when taken to Tan Tock Seng Hospital.

Several Stompers shared photos that have been circulating on social media, showing a blue trailer and a silver car involved in the collision. 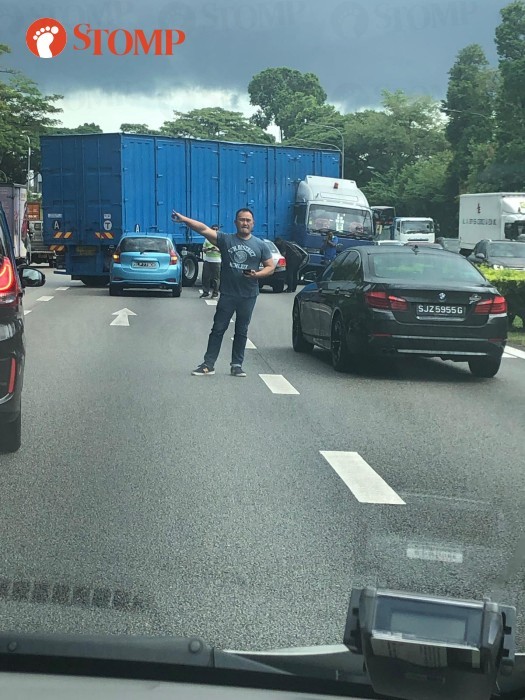 In one image, a man can be seen directing traffic.

A circulated video also shows how the accident occurred.

In a tweet at around 3.05pm, the Land Transport Authority (LTA) informed motorists of a congestion resulting from the accident and said to avoid lanes 1, 2 and 3.

Accident on PIE (towards Changi Airport) after Lornie Rd with congestion till Eng Neo Ave. Avoid lanes 1, 2 and 3