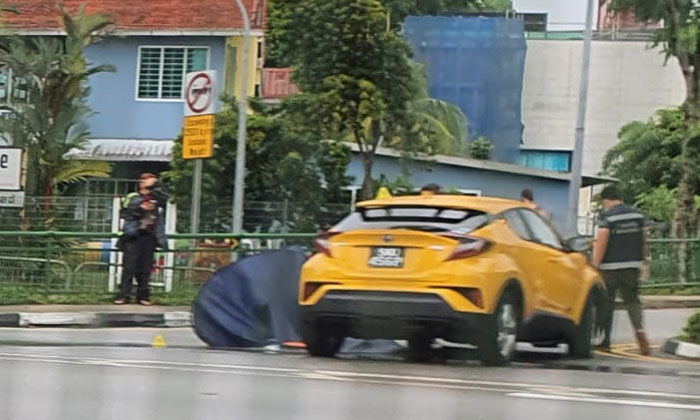 A 51-year-old motorcyclist died after an accident involving his motorcycle and a car at the junction of Farrer Road and Gallop Park Road on Tuesday morning (June 16).

Stomper Freddie alerted Stomp to the accident and shared a photo and video circulating online of a blue death tent set up next to a yellow car.

The accident also caused a massive jam along Farrer Road towards Queensway.

"I take this lane home to Holland Village regularly."

In response to a Stomp query, the police said they were alerted to the accident at 9.58am.

"The 51-year-old male motorcyclist was pronounced dead at scene by a paramedic," a police spokesman said.