Car driver, 61, taken to hospital after accident with tipper truck along AYE 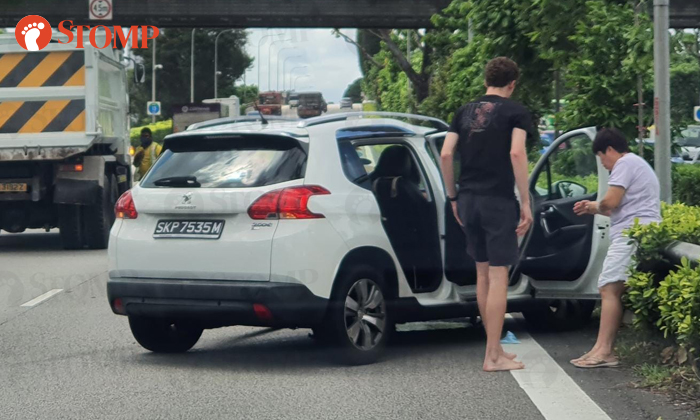 A 61-year-old woman was taken to hospital after an accident involving her car and a tipper truck on the Ayer Rajah Expressway (AYE) on Monday afternoon (Dec 13).

In response to a Stomp query, the police said they were alerted to the accident along AYE towards Tuas, near Clementi Avenue 6 exit, at around 2.20pm.

Stomper Kervin shared a video of the collision and said: "The white truck was trying to avoid a red trailer, which had wanted to exit to Jurong Town Hall last minute and jammed on the brakes. The truck swerved to Lane 2 and hit a white car.

"The car's airbags were deployed. A lady in white was the car driver. Her daughter was in the front passenger seat and called the ambulance, while a guy was the rear passenger."

In the video, a man can be seen helping the female driver out of the car.

The female driver was conscious when taken to hospital, police said.