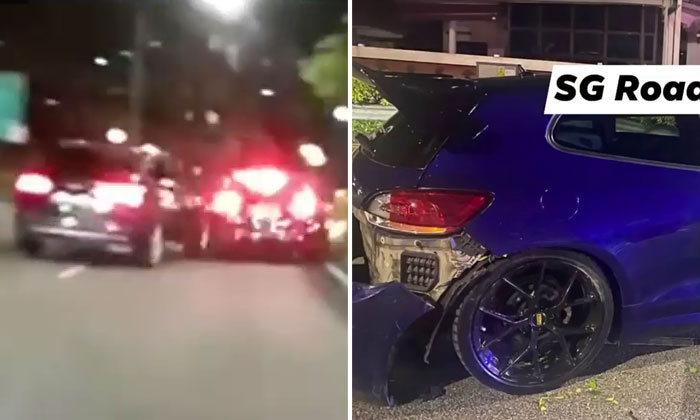 Two cars were involved in an accident along Yio Chu Kang Road on Monday evening (Oct 25).

Several Stompers alerted Stomp to a video of the incident that was shared on SG Road Vigilante's YouTube channel.

The black car narrowly avoids being involved in the collision.

Others thanked the driver for sharing footage from his in-car camera and teaching an "unforgettable lesson". 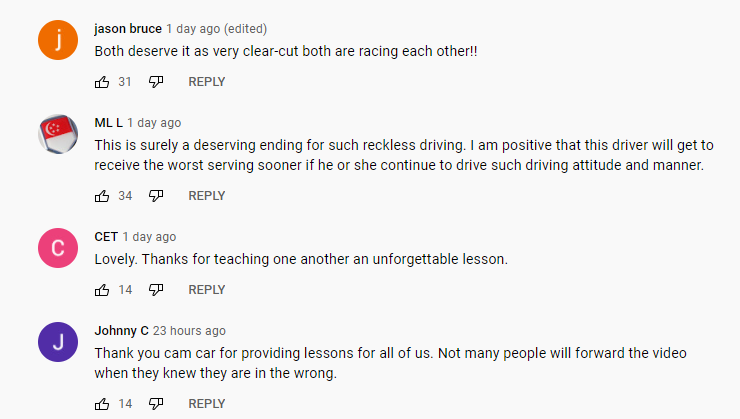 In response to a Stomp query, the police said they were alerted to an accident involving two cars at the junction of Yio Chu Kang Road and Serangoon Gardens Way at 8.31pm.

"Both the drivers refused conveyance to hospital," a police spokesman said.