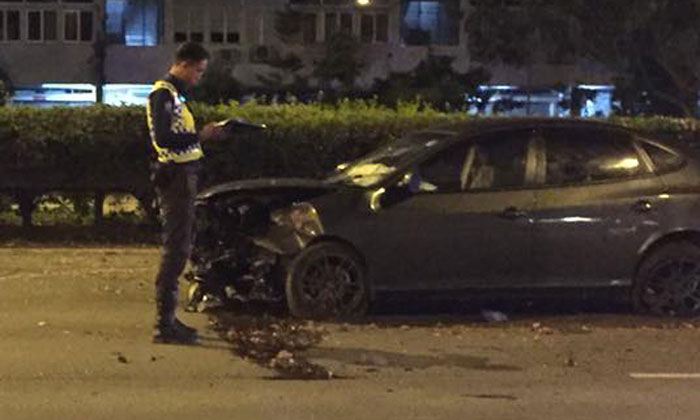 The driver of a Hyundai Avante crashed into a railing along the Pan Island Expressway (PIE) today (Dec 18) at around 3am.

In the photos, the front of the car was badly damaged.

According to William, the driver of the Hyundai was "racing" a white Mitsubishi Lancer Evolution X before losing control and crashing into the railing.

In response to Stomp's media queries, a police spokesman said:

"On Dec 18 at 3.03am, the police were alerted to an accident involving a car along the PIE towards Changi Airport before Eunos Flyover.

"The driver, a 33-year-old man, was conscious when conveyed to Changi General Hospital (CGH).