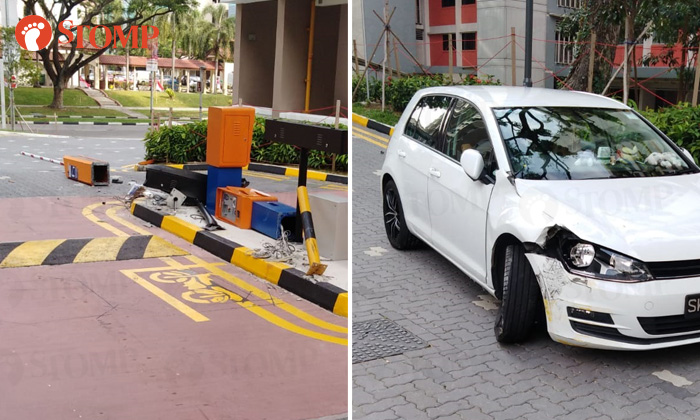 A driver drove into the carpark gantry of Block 187 Bedok North Street 4 at about 9am on Wednesday (Jul 25).

Stomper Merwin was entering the said carpark when he saw the incident.

In photos shared by Merwin, parts of the gantry are seen collapsed on the ground, including a gantry arm and a bollard.

The white car which had crashed into the gantry had one of its headlights cracked.

"A carpark attendant later approached to ask him stuff like, insurance or something."

According to Merwin, he spoke to a resident who was passing by as well.

"The resident said the driver was trying to pick something up in his car, that's why he lost control of it.

Merwin, who stayed for about an hour, added that the mess was subsequently cleared up by about three carpark attendants.