Car catches fire in Punggol, sounds like firecrackers going off 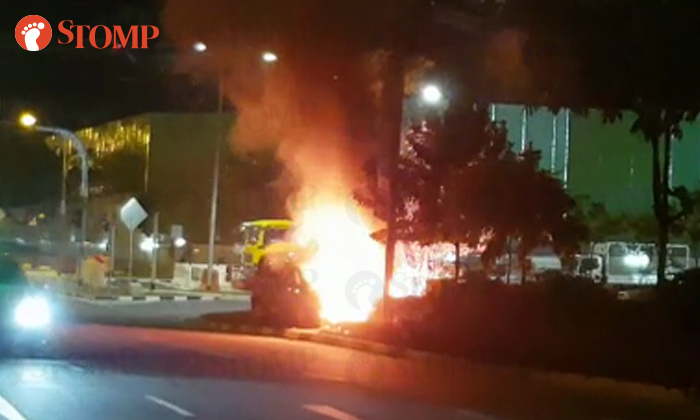 A car caught fire at the junction of Punggol Drive and Punggol East on Sunday night (Aug 11).

The Singapore Civil Defence Force (SCDF) told Stomp that it responded to the incident at around 11.45pm.

The fire involved the car's engine compartment and was extinguished by the SCDF using one compressed air foam backpack.

In several videos contributed by Stompers Kais, Spade86 and Isya, sparks from the burning vehicle can be both seen and heard.

A photo that Stomper Kais shared shows the damaged vehicle after the fire was extinguished.

He said: "I was heading back home when I saw that the car was in flames.

"I believe the driver had lost control of the car and mounted the kerb, though he looked okay.

No injuries were reported, according to the SCDF.