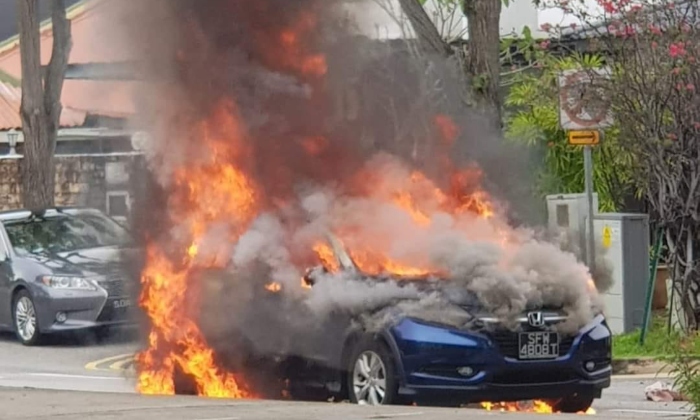 A car caught fire along Jalan Kembangan on Friday (Oct 9).

Stomper Owen was walking towards Kembangan MRT station when he spotted thick, black smoke nearby.

Photos that he took show a thick column of smoke from the car and Singapore Civil Defence Force (SCDF) personnel at the scene. 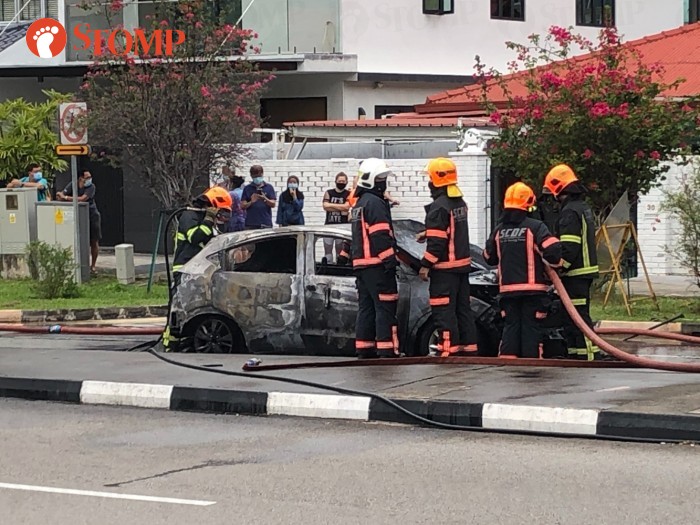 A photo of the car engulfed in flames has also been circulating online.

"I was on my way to Kembangan MRT station when I saw black smoke in the sky," Owen said.

"I ran towards the site and saw a car completely engulfed in flames. I also noticed that there was no driver in the car.

"There was a sudden exploding sound as SCDF personnel ran towards the car to fight the fire. As they were extinguishing the fire, another loud exploding sound was heard.

"Soon after, a fire engine, an SCDF motorcycle and a police car arrived at the scene to control the crowd.

"Due to the swift and decisive efforts of the SCDF personnel and the police, the fire was extinguished in about ten minutes.

"I also saw that the SCDF personnel continued to spray water at the car to prevent another fire."

In response to a Stomp query, SCDF said they were alerted to the fire at 3.45pm.