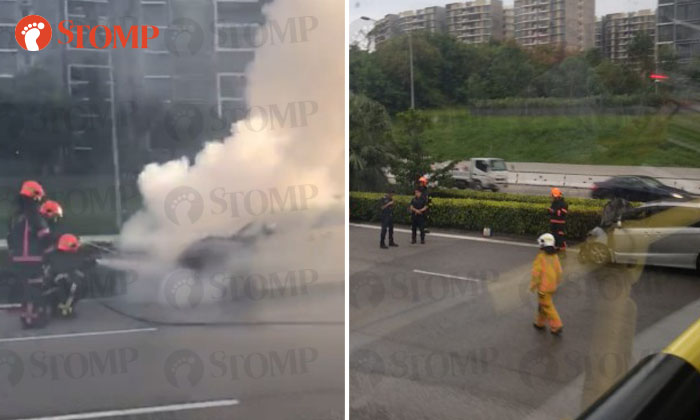 A car caught on fire along the Tampines Expressway (TPE) towards Changi, just before the Punggol Way exit yesterday (Nov 22) at about 5.11pm.

Stomper Anonymous received a video of the incident via WhatsApp from his friend, and Stomper Oliver Ong took a picture of the incident while he was in a public bus heading towards Bedok for dinner.

In the video, a Singapore Civil Defence Force (SCDF) fire engine can be seen.

Through the thick smoke, two SCDF officers come into view spraying the car with water.

The picture sent shows the aftermath of the incident, where SCDF officers are seen walking next to the burnt car. 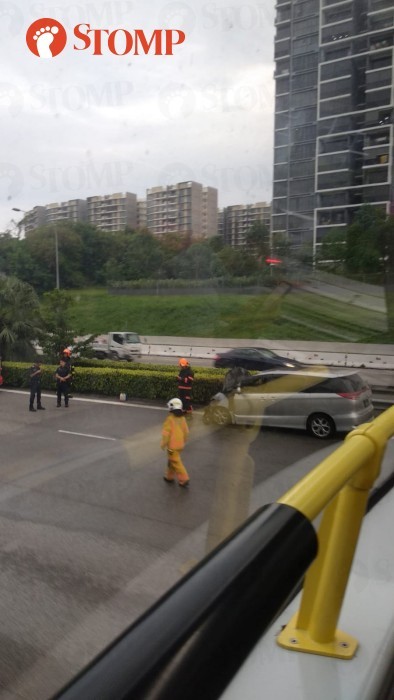 In response to a Stomp query, the SCDF said: "SCDF responded to a car fire on Nov 22 at 5.11pm along TPE towards Changi.

"The fire, involving the engine compartment of the car, was extinguished by SCDF using 2 water jets."

In the video, a small fire can be seen near the hood of the silver car.

The next portion of the video shows the a bigger flame and the arrival of the SCDF.

Sirens can be heard blaring in the background as the SCDF officers try to put out the flame.