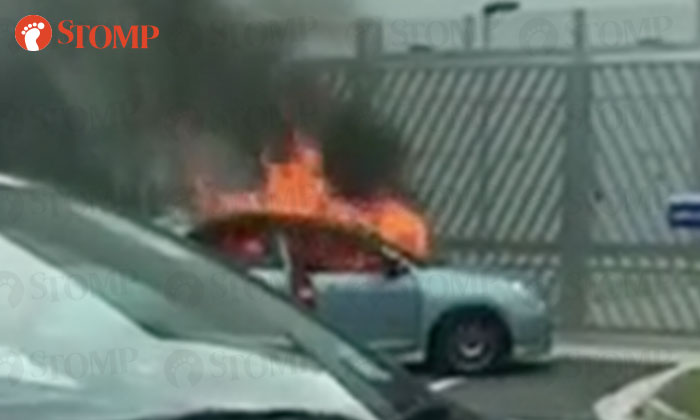 A grey car caught fire today (Sept 9) at around 10am along Sims Way, near the Kallang–Paya Lebar Expressway (KPE) exit.

The incident was witnessed by Stomper Jin Hoe, who was driving by and stopped at a traffic junction.

He took a video and sent it to Stomp.

In the video, black smoke could be seen being emitted from the burning wreckage.

According to Jin Hoe, the fire was getting bigger, and a popping sound, possibly the crackling of the fire could be heard.

Jin Hoe drove off but returned later at around 11.50pm.

“I didn’t see anyone in or near the vehicle.

“The car was charred.”

"The SCDF were alerted at 10am.

"One fire engine, one Red Rhino, and two fire bikes were dispatched.

"The fire was extinguished using one waterjet.