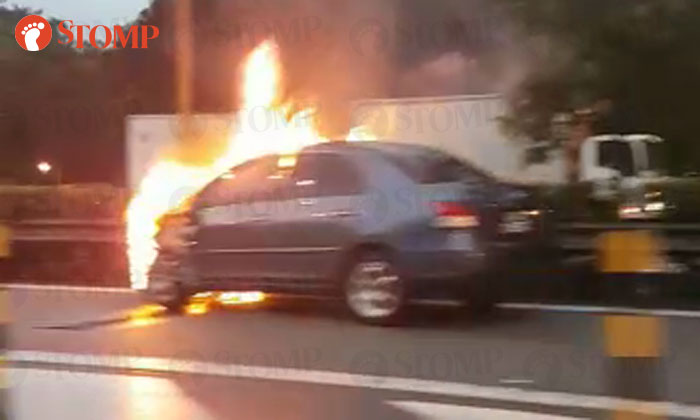 Two people were sent to hospital after an accident involving a car and a van along the Seletar Expressway (SLE) this morning (Aug 12).

The car had caught fire after the accident.

Stomper Shye was travelling along the SLE towards Bukit Timah Expressway while on his way to work at 7.15am when he captured videos of the scene.

"The accident looked like it involved three vehicles but only one of them caught fire," said the Stomper.

In response to Stomp's media query, a police spokesman issued the following statement:

"On Aug 12 at 6.47am, the police were alerted to an accident involving a car and a van along the SLE near a slip road to the BKE.