Car bursts into flames at Toa Payoh junction: 'It looked like it was going to explode at any moment' 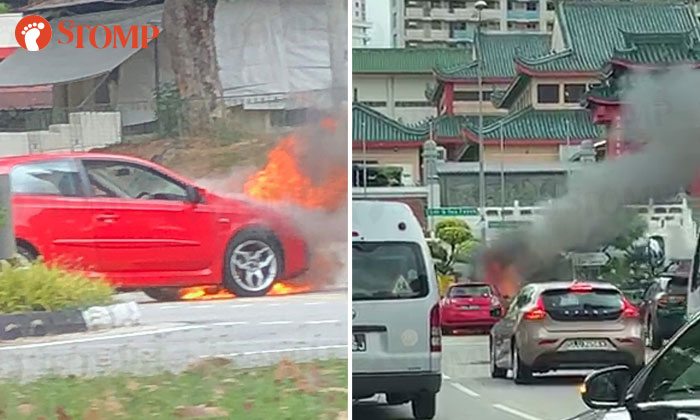 A car caught fire at the junction of Lorong 1 Toa Payoh and Lorong 6 Toa Payoh on Tuesday afternoon (Oct 1).

Stomper Pancy, Nelson and Sean alerted Stomp to the incident and shared photos and a video taken at the scene.

Pancy told Stomp that she saw a lot of smoke coming from the car as people stood a distance away at about 2.18pm.

"The fire was quite fierce.

"It looked very dangerous like the car could explode at any moment."

In response to a Stomp query, the Singapore Civil Defence Force (SCDF) said that they responded to the vehicle fire at about 2.15pm.

"The fire, which involved the engine compartment of a car, was extinguished by SCDF using one water jet and one compressed air foam backpack," an SCDF spokesman said.