Car burnt to a crisp along Ang Mo Kio Avenue 6 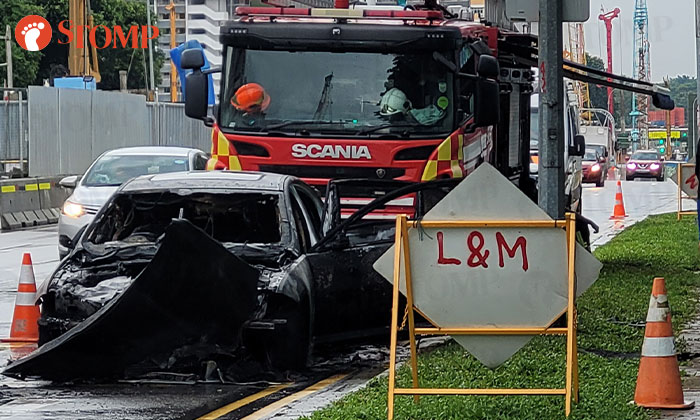 Stomper Mary shared with Stomp photos of the car that had been burnt to a crisp. She took the photos while on board bus service bus 851.

"There were a lot of police officers and passers-by around the car," she said.

In response to a Stomp query, the Singapore Civil Defence Force (SCDF) said they were alerted to the fire at about 2.50pm.

"The fire involved the engine compartment of a car," an SCDF spokesman said.

"SCDF assessed a person and the person subsequently refused conveyance to the hospital."