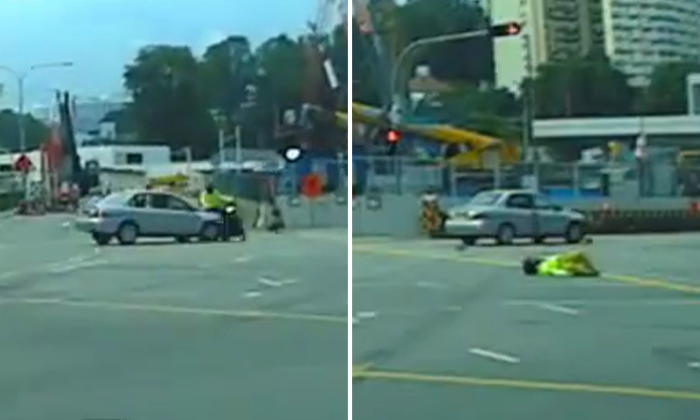 A car driver beat the red light, but it was a motorcyclist who had to pay the price and got knocked off his bike.

Beh Chia Lor - Singapore Road posted a video of the incident, which took place along Eu Tong Sen Street, at around 5.56pm on Aug 6.

In the clip, the car driver can be seen running a red light and crashing into the biker, who was then thrown off his motorcycle and landed on the ground.

The victim's helmet was sent flying as he lay on the road.

Netizens have expressed outrage over the driver's disregard for traffic rules and called for enforcement action to be taken against him.

Responding to media queries by Stomp, the police said that they were alerted to an accident involving a car and a motorcycle at 6.11pm.

The male motorcyclist was conscious when conveyed to Singapore General Hospital (SGH).