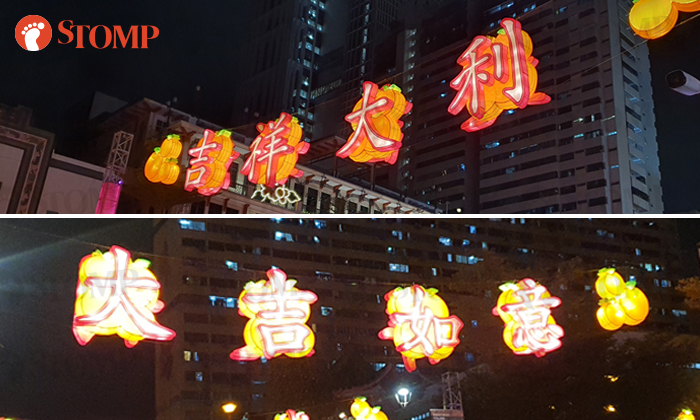 They told Stomp: "We understand that the photos were taken on Tuesday, 2 February 2021, at around 10pm.

"Our appointed contractor was in the midst of doing maintenance and repair works at that time and the lanterns were being taken down and replaced in batches.

"We would like to assure Lin and the other readers that the phrases were in order upon the completion of the changeover."

Chinatown's festivals and their decorations can't seem to catch a break from controversy.

Some might also recall a careless mistake on a signboard at the Garden Bridge for 2019's Lunar New Year, or how Mid-Autumn Festival ornaments were taken down at South Bridge Road after being deemed to have unsuitable greetings that same year.

Well, it seems like another boo-boo has been made, according to photos that Stomper Lin shared.

Lin was in Chinatown on Tuesday (Feb 2), at around 10pm, when she noticed a mix-up in the greetings being displayed by some ornaments.

The greetings are supposed to say:

1. 大吉大利 (da ji da li): An idiom to wish for great luck and everything to be auspicious and smooth-sailing.

2. 吉祥如意 (ji xiang ru yi): An idiom for everything to be auspicious and go as well as you wish.

Both might have similar meanings but being idioms, each set of four words are not interchangeable. 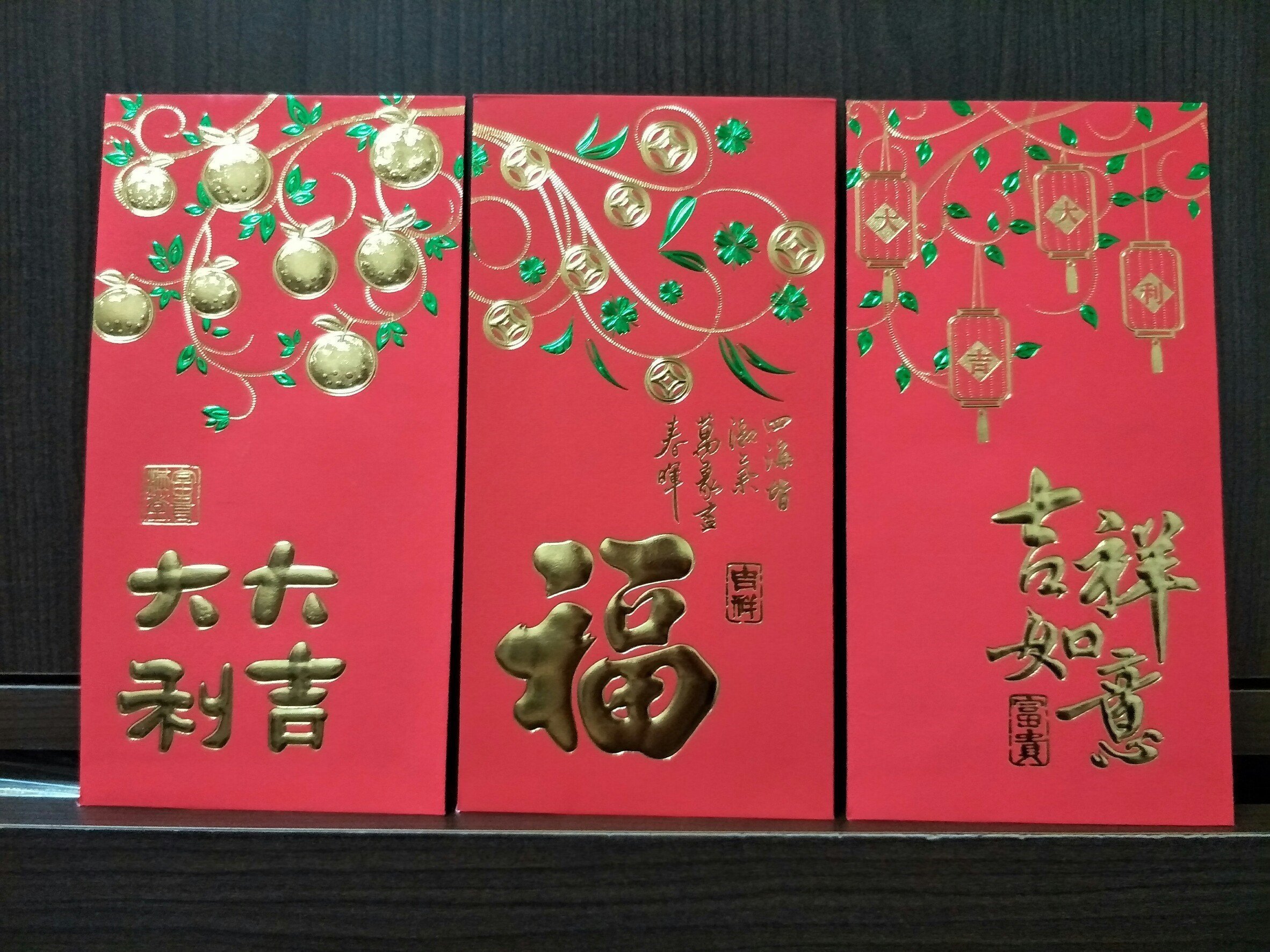 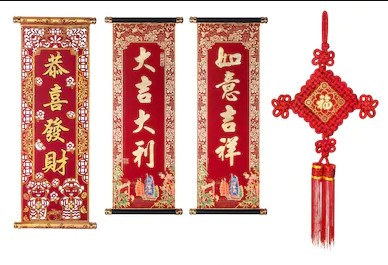 Lin added: "Such mistakes shouldn't be made. It's a joke."