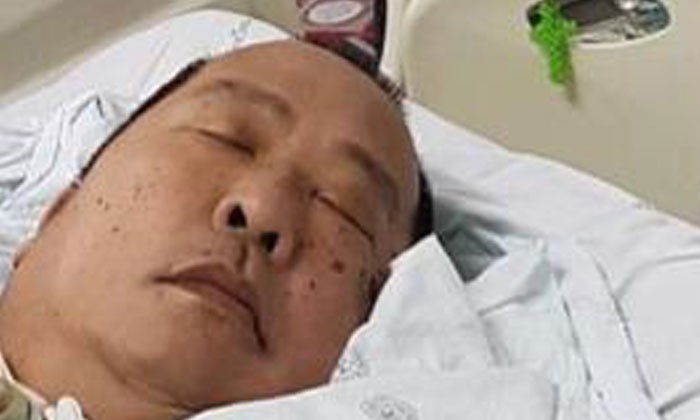 The 59-year-old Singaporean humanitarian worker collapsed at his apartment's lobby after suffering a stroke.

He was spotted by a security guard and rushed to the hospital by ambulance, where he underwent emergency surgery.

Mr Huang's family members started a crowdfunding campaign on Give.asia on June 27 to fund his return to Singapore, and they are hoping to bring him home as early as next week.

His older sister, Ms Yvonne Huang, 60, said they were informed of his condition only on April 19, a week later after his stroke.

The son of Mr Huang's landlord had sent a message to Mr Huang's youngest brother, saying Mr Huang was in hospital and needed help.

Ms Huang told The New Paper yesterday: "My mind was blank, and I was so traumatised... I was in a state of shock."

Together with her mother, they flew to Chiang Mai from Singapore on April 20 to take care of Mr Huang.

The former air steward has been doing humanitarian work in Thailand since 2005. He helped out with the post-tsunami disaster relief efforts in Phuket with the Singapore Red Cross.

He later based himself in Chiang Mai, where he worked with Burmese refugees and various hill tribes.

To cover his personal expenses, Mr Huang ran a tour operator service, but he mainly involved himself in humanitarian work.

He facilitated multiple efforts to bring overseas teams into Chiang Mai to provide medical care for the hill tribes, and he also brought in fleece blankets for the needy in preparation for winter.

Ms Huang said her brother's condition has been improving, and he regained semi-consciousness in May.

He has begun to partially open his eyes again, for short periods during the day.

A self-funded missionary herself, Ms Huang decided to turn to Give.asia when she found out how much Mr Huang's medical fees would be.

His stay in the hospital has already incurred fees exceeding $50,000, while his airlift is estimated to cost about $17,000.

Donations may be made at www.give.asia/movement/bring_calvin_home_1