Cable ship capsizes after collision with tanker near Singapore 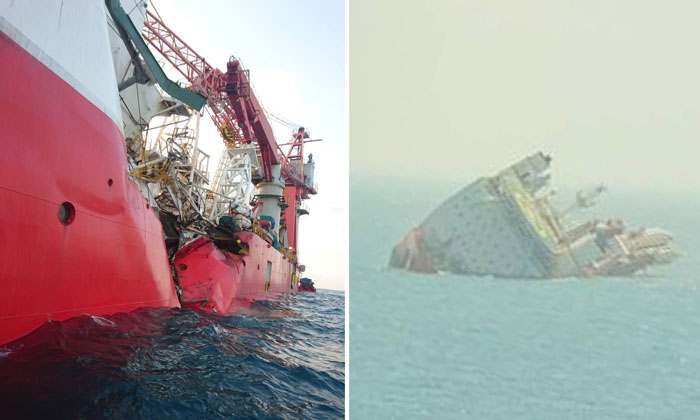 An undersea cable and pipe-laying ship MV Star Centurion capsized in the Indonesian Waters of the Singapore Strait after it collided with a tanker on Sunday (Jan 13).

Stomper Shiva alerted Stomp to the incident and shared photos he had received from a friend via WhatsApp.

The Vanuatu-flagged vessel was seen partially submerged in the seas just north of Bintan, Indonesia, an island that is just opposite Singapore.

Mr Samsul Nizar, the head of operations at the Indonesian coast guard base at Tanjung Uban on Bintan told Reuters in a phone interview that the cable ship had capsized but had not "sunk completely". 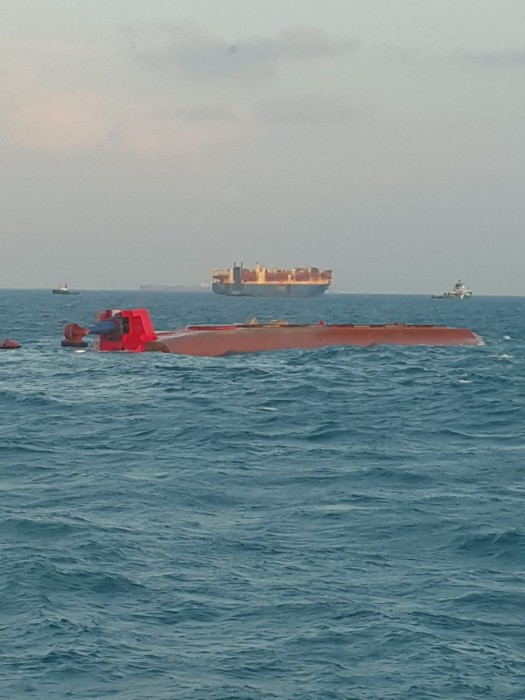 He added that coast guard vessels were monitoring the ship.

In response to a Stomp media query, a Maritime and Port Authority of Singapore (MPA) spokesman said all 22 crew members of the Centurion have arrived safely in Singapore.

"On 13 January 2019 at about 6.30am, the (MPA) received a report from the shipmaster of Hong Kong-flagged tanker, MT Antea, of a collision incident with a Vanuatu-flagged pipe-laying ship, Star Centurion, within Indonesian territorial waters," she said.

"All 22 crew members of Star Centurion have safely arrived in Singapore, and will be repatriated home by the vessel owner.

"Through its navigational broadcast, MPA has been reminding vessels passing the area to exercise caution."

According to Refinitiv Eikon shipping data, the 13,000 deadweight tonne Centurion was anchored in the Horsburgh OPL zone, an area in which ships take on marine fuel, on the eastern edge of the Singapore Strait.

At the same time, the Antea, a 40,000 deadweight tonne oil product tanker, was steaming past the Centurion.

The Singapore Strait is one of the busiest commercial routes in the world where hundreds of vessels pass through daily.