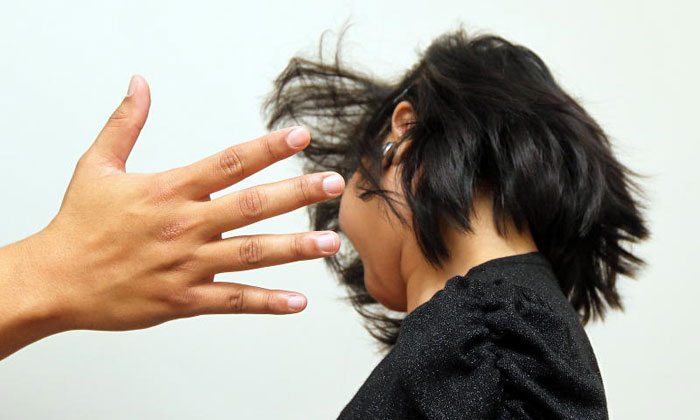 Upset that his Vietnamese wife had sent money to her homeland instead of saving it, a taxi driver tried to lift her and push her out of a kitchen window several times.

Seeing this, their five-year-old daughter shouted and knocked on the doors of neighbours, who went to help.

Yesterday, the 48-year-old man pleaded guilty to one charge of using criminal force on his wife.

No one involved in the incident can be named in order to protect the identity of the child.

The court heard that at about 8am on May 22, the couple got into an argument after the man found out his wife had sent money back to Vietnam instead of saving it to buy a home in Singapore.

He told her he wanted her to "go and die".

As the wife was brushing her teeth, he grabbed her by the waist and tried to lift her towards the window.

But she lost her balance and fell on the floor instead.

The man tried again and was able to lift her up from her calves, but could not lift her out of the kitchen window as she held on to a washing machine nearby.

Their daughter saw the struggle and shouted "help mummy, help mummy" in the direction of the common corridor.

The girl also knocked on neighbours' doors, and three neighbours went to provide assistance. The man released his wife, but later tried to lift her out of the window a third time by grabbing her waist.

The girl went to seek help again, and the man released his wife. She then ran away from him and sought help from the neighbours.

The police arrived shortly after.

District Judge May Mesenas called for a Community Court Conference to be held, to help the family address their issues.

The man is expected to be back in court on Jan 9 next year for submissions and sentencing.

For using criminal force on his wife, he can be jailed for up to three months or fined up to $1,500, or both.